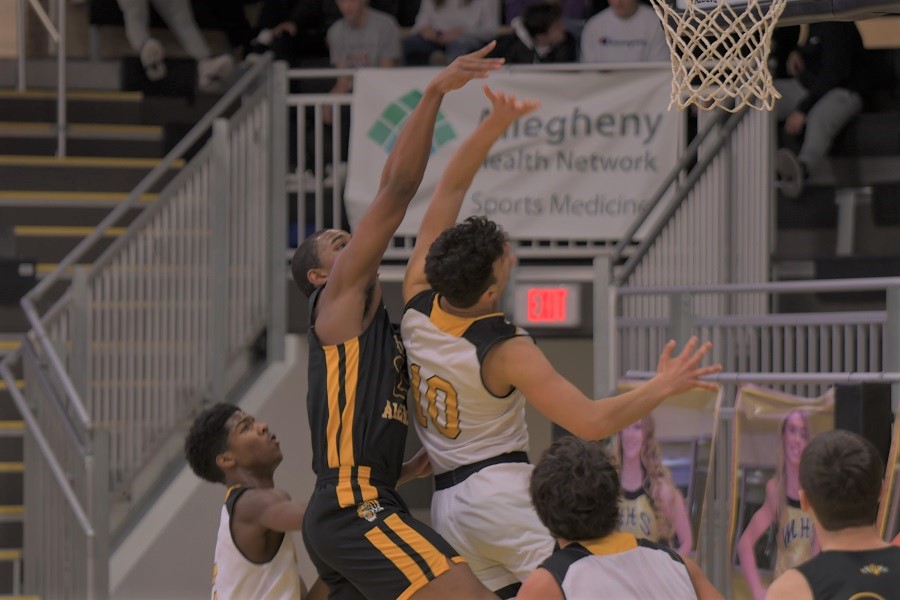 Senior guard Anthony Tambellini knocked down a game-winning 3-pointer in the waning seconds to help Montour rally for a 57-53 win over North Allegheny on Saturday night at the Western PA Hall of Fame Classic. The Spartans ended the game on a 16-0 run to steal away a non-section win.

Despite falling behind 20-13 in the first quarter, North Allegheny answered back with a strong second and third quarter and held a 53-41 lead by early in the fourth quarter. The Tigers were led by juniors Mike Iuzzolino and Justin Altmeyer with 17 and 11 points, respectively.

Unfortunately for the Tigers, Montour staged an improbable rally that was highlighted by the Tambellini trey for his only but most important bucket of the game. Jaden Nelson and Tyler Banks netted 17 points each for the Spartans and James Eubanks added 10 points for the host Spartans.

North Allegheny falls to 9-7 overall, while Montour improves to 11-7 on the season. The Tigers return to section play on Tuesday night with a home game against the Central Catholic Vikings. Tip off is slated for 7:30 p.m.