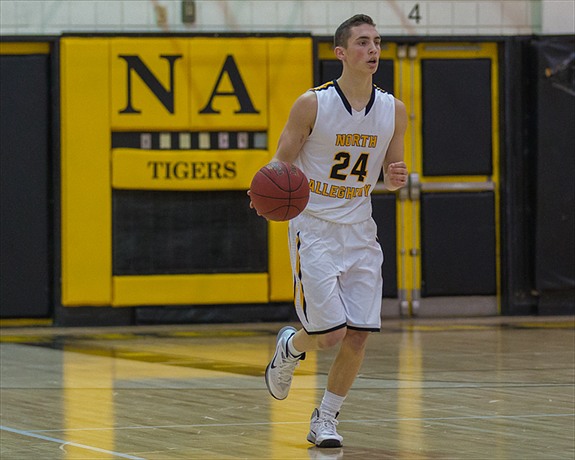 North Allegheny won its fifth in a row on Wednesday night with a 59-33 road victory over the Butler Golden Tornado.  The Tigers limited Butler to single digit scoring in the first three periods to gain a commanding lead.  NA leaped out to a 29-12 advantage by intermission and forced Butler into submission in the second half by inducing 22 total turnovers.

North Allegheny improves to 15-2 overall and 9-2 in Section 3-AAA. Butler falls to 5-13 overall and 2-9 in section play.  The Tigers will host the 18-1 Hampton Talbots on Friday night.  The game will be broadcast live via the internet on the North Allegheny Sports Network.  Randy Gore and Rick Meister will have the call.  Tip-off is slated for 7:30 pm.