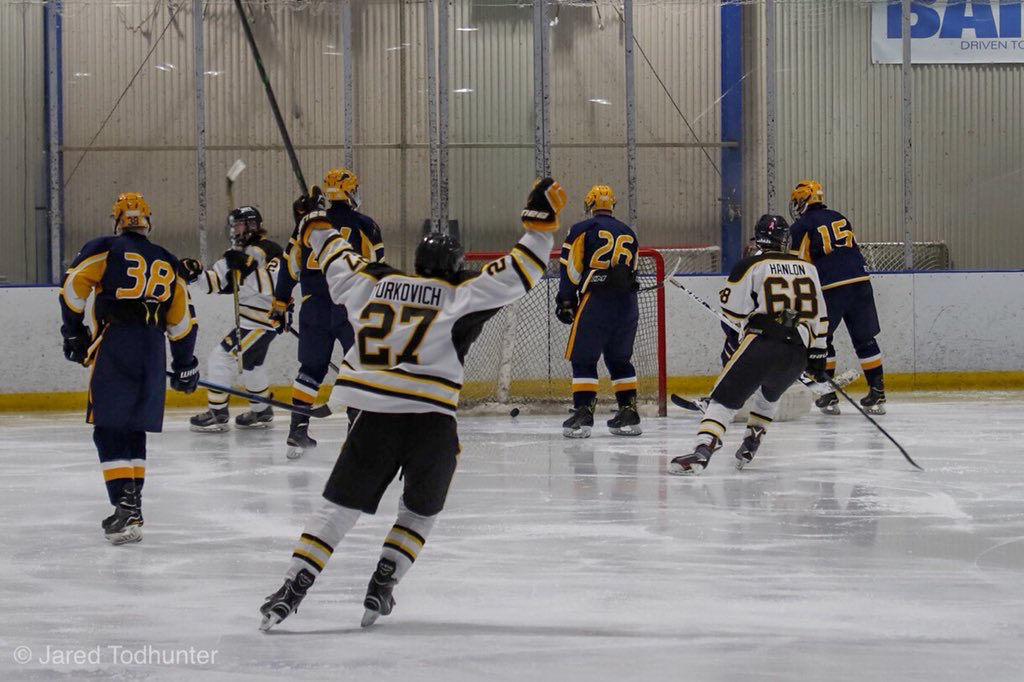 The North Allegheny ice hockey team returned to the win column on Monday night with a 4-1 victory over the Central Catholic Vikings at the Baierl Ice Complex. Senior goalie Richard Karapandi made 28 saves to help keep the Tigers in first place in the PIHL Class AAA standings.

North Allegheny and Central Catholic played to a 1-1 draw after one period. Senior Aaron Miller scored the first goal of the night at the 4:04 mark of the period, assisted by Tyler Putnam, for a 1-0 NA lead. The Vikings knotted up the score at 1-1 thanks to Dylan Vallo goal at the 13:21 mark.

The only goal of the second period belonged to North Allegheny as senior Nathaniel Heil netted a goal just 10 seconds into the stanza. Heil’s marker was assisted by Haden Shimko.

The Tigers put the game out of reach in the third period courtesy of a goal by Vincenzo Mazur 1:25 into the period and an empty net goal with just 44 seconds remaining by Tyler Duderstadt to close out a 4-1 win. Kevin Hart and Miller tallied assists on the final two goals, respectively.

Central Catholic’s Norbert McDermott made 21 saves in a losing effort for the Vikings.

North Allegheny improves to 5-1 on the season following the win. Central Catholic slips to 3-2. The Tigers will visit Cathedral Prep on Tuesday, November 20 at 7:15 p.m.