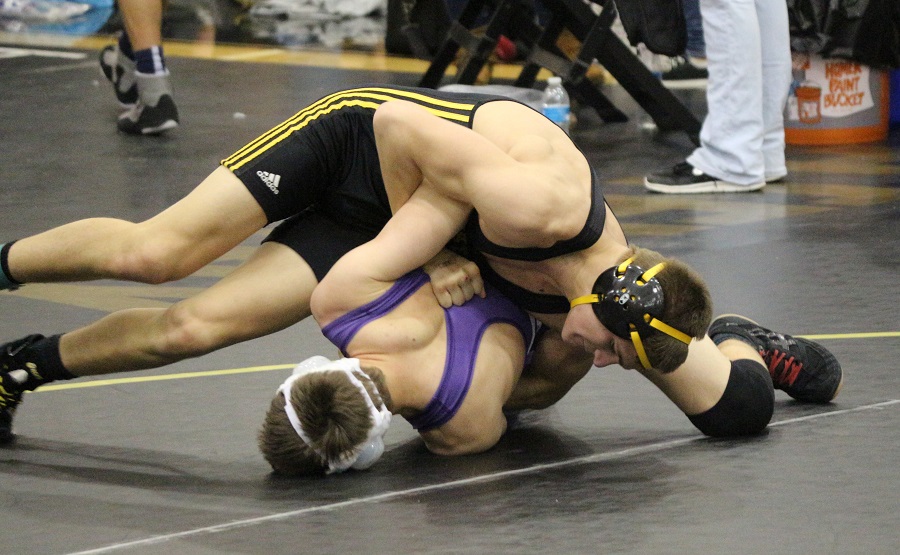 North Allegheny used eight pinfalls to throttle Fox Chapel on the road, 52-25, in Section 3-AAA action on Wednesday night. The Tigers opened the night with three consecutive falls to build an 18-0 lead and never looked back en route to a convincing win.

The meet began at 145 pounds with Zach Stedeford wrestling up a weight class, stepping in for Jake Hinkson who was out with pneumonia. Stedeford set the tone for night by pinning R.J. Okunewick on 1:54 to give the Tigers a 6-0 lead. Junior Derek Devine carried that momentum into his bout with fifth-ranked Jared Pegher at 285 pounds and pinned his opponent in 42 seconds into the second period. Owning a 12-0 lead, freshman Freddy Junko extended the advantage to 18-0 with a prompt fall over Magnus Loeffler.

In the most anticipated bout of the night, top-ranked Jake Woodley battled fourth-ranked Zach Carcy at 195 pounds. Woodley, a University of Oklahoma recruit, displayed why he is one of the top wrestlers in the country by controlling Carcy in a thorough 15-5 major decision. For his efforts, Woodley was named the Wright Automotive Wrestler of the Match.

With the win, North Allegheny sits at 2-0 overall and 2-0 in Section 3B. Fox Chapel dips to 0-2 on the season. The Tigers will take part in the Powerade Wrestling Tournament at Canon-McMillan High School on December 29 and 30.