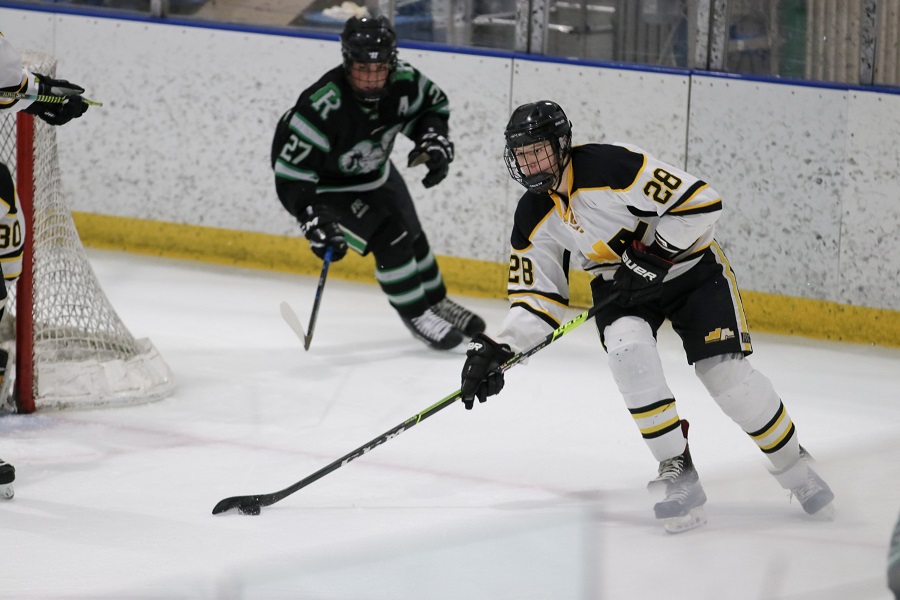 The North Allegheny ice hockey team dropped a 4-2 decision to rival Pine-Richland on Monday night at the Baierl Ice Complex in Warrendale.

After a scoreless first period, Pine-Richland grabbed the first lead of the night on a power play goal by Connor Salbsury one minute into the second period. The Tigers tied the game at 1-1 just 54 seconds later when Nathan Spak cashed in on a power play chance, assisted by Austin Peterson and Connor Chi.

However, three straight goals by the Rams, two in the second period and one in third, gave PR a 4-1 advantage. PR goals were scored by Samuel Perry, Charles Mill and Griffin Roth. North Allegheny fought back in the final stanza and received another power play marker from Spak, assisted by Chi and Trey Gallo, cutting the Pine-Richland lead to 4-2 with 3:30 remaining in the game. Unfortunately, the Tigers could come no closer as the Rams held on for the win.

The loss drops North Allegheny’s record to 12-5-2 on the season, while Pine-Richland improves to 14-6-0 on the campaign. With one game remaining in the regular season, the Tigers are now locked into the fourth spot in the Class AAA standings ahead of the PIHL playoffs, which begin in the first week of April. The Rams are locked into the third seed following their regular season finale on Monday night.