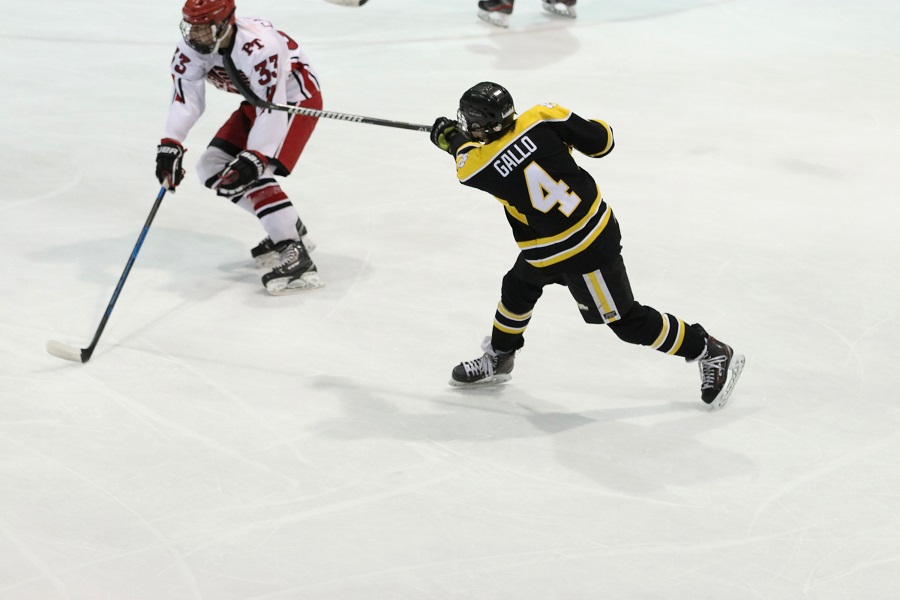 After five consecutive wins to open the 2021-2022 season, the North Allegheny ice hockey team lost its first game of the season with a 7-4 defeat to Peters Township at Printscape Arena on Tuesday night.

A season ago, the Tigers defeated the Indians in the PIHL Class AAA semifinals, 4-3, in overtime and appeared poised to earn another triumph. North Allegheny jumped out to an early 2-0 lead on goals by Trey Gallo and Shane O’Neill in the first 5:07 of the contest. However, Peters Township netted four unanswered goals in the first period to take a 4-2 lead. PT goals were scored by Koby Ringwald, Maxwell Kness, Luke Casciola and Cooper Slavin.

Following a high-scoring first period, North Allegheny scored the only marker in the second stanza on a power-play goal by Gallo to trim the Peters Township advantage to 4-3.

Just 25 seconds into the third period, the hero from last year’s semifinal overtime win, Connor Chi, scored the game-tying goal to bring the game to a 4-4 deadlock. At the 10:26 mark, Slavin gave the Indians the lead back, 5-4. Two minutes later, Chase Stauffer added another goal for Peters Township and an empty net goal in the waning seconds propelled Peters Township to a 7-4 win.

Despite the loss, North Allegheny remains in first place, now tied atop the standings with Peters Township with 10 points. Both teams sit at 5-1-0 on the season. The Tigers look to bounce back on Thursday night with a visit to Central Catholic at 8:30 p.m.