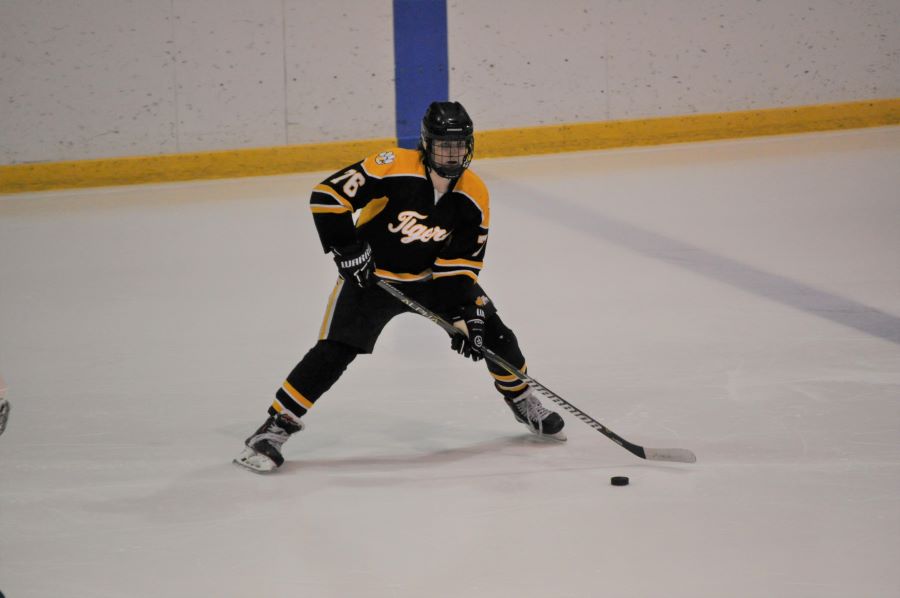 For the second consecutive game, the North Allegheny ice hockey team was involved in an overtime shootout. Unlike their 3-2 win against Upper St. Clair last week, the Tigers dropped a 3-2 OT shootout on the road to the Canon-McMillan Big Macs.

After a scoreless first period, North Allegheny struck first with a power play goal by Luke Evans at the 2:28 mark of the second period for a 1-0 lead. The Evans marker was assisted by Luke Walkauskas and Trey Gallo. The Big Macs responded on their home ice at the Printscape Arena with an unassisted goal by Dominic Tracanna to knot the score at 1-1 at the 10:16 mark of the second stanza. Just over three minutes later, NA regained the lead when Brett Baker scored for a 2-1 advantage. The Baker goal was assisted by Evan Kerber and Evan Barnhart.

The Tigers one-goal lead remained intact until Benjamin Votodian deadlocked the contest with a goal at the 4:16 mark of the third period. With the game tied at 2-2, the Tigers and Big Macs played through a scoreless overtime period before CM won the contest in the shootout phase.

North Allegheny now sits at 7-2-1 on the season, while Canon-McMillan improves to 2-5-1. The Tigers look to bounce back on Thursday, Dec. 8 with a home date against Central Catholic at 9:00 p.m. The game will be broadcast live by the North Allegheny Sports Network.