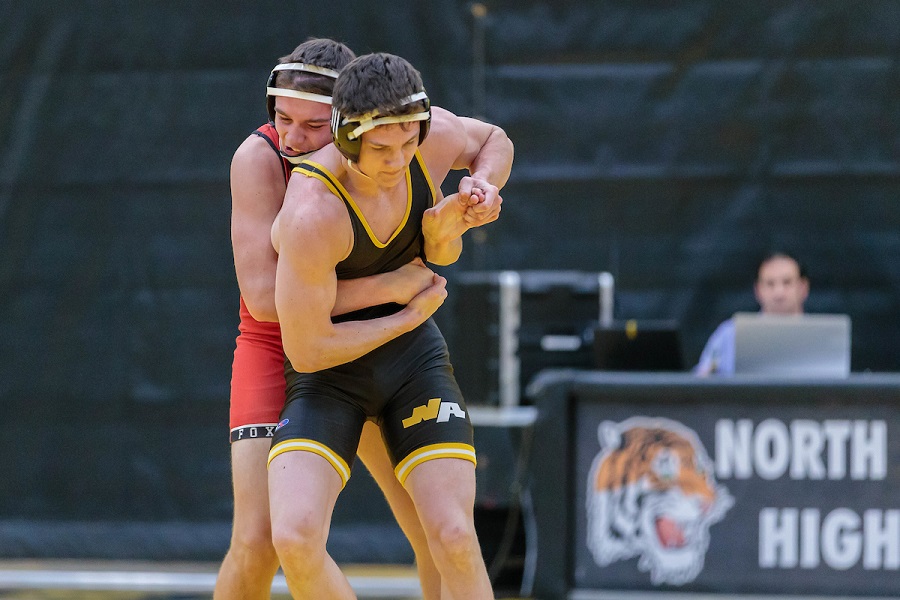 A short-handed North Allegheny wrestling team fell, 34-32, in a hard-fought battle with the Hampton Talbots on Wednesday night in Section 3-AAA action. With several wrestlers out due to illness, the Tigers nearly pulled out what would have been an exceptional road victory.

The night began at 126 pounds where NA’s Jacob Downing picked up a 6-0 decision over Tyler Kocak to give the Tigers a 3-0 lead. Hampton responded by winning three of the next four bouts, including a wins by fall courtesy of Gage Galuska (138) and Vincent Schmitt (152), to take a 15-6 lead.

North Allegheny’s Jacob Smalley (160) turned the tables on Hampton with a win by fall over Conrad Harold and Jon Hoover (170) followed with a 19-4 tech fall over Corey Scherer to give the Tigers the lead back, 17-15.

Hampton leapfrogged the Tigers on a narrow 2-1 decision by Chad Scherer at 182 pounds for an 18-17 advantage. The Talbots added a major decision by Justin Hart at 195 pounds to expand the lead to 22-17.

Sophomore Ben Grafton answered back for NA and picked up a huge win by fall over Nathan Tabon at 220 pounds to propel the Tigers to a 23-22 lead. Unfortunately for NA, forfeits in two of the last four bouts helped Hampton escape with a 34-32 victory.