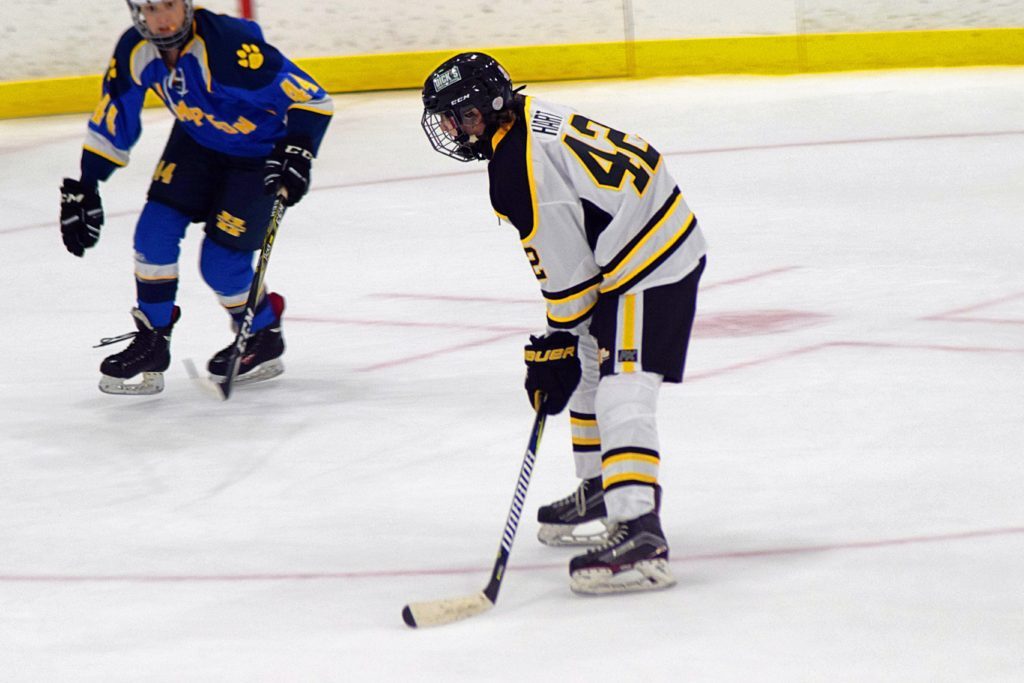 In a battle between the top two teams in Class AAA, the North Allegheny Tigers fell to the Peters Township Indians on Monday night, 3-1, at the Baierl Ice Complex. The win thrusts the Indians into a first-place tie with the Tigers with each team owning 20 points in the Class AAA standings.

North Allegheny dominated the action in the first period and outshot Peters Township, 14-4, but the game remained scoreless because of the strong play of Indians goalie Alex Wilbert.

A North Allegheny penalty with three seconds to go in the first period led to a power play goal by Torrey Schwartz that gave the Indians a 1-0 lead just seven seconds into the second period.

The Tigers netted the equalizer in the third period on a power play of their own as senior Aaron Miller scored with 13:52 to play. The Miller goal, his ninth of the season, was assisted by Tyler Putnam and Tyler Lamark. Providing a spark on offense to go along with his assist, Putnam was named the Wright Automotive Player of the Game by the North Allegheny Sports Network.

The contest was tied 1-1 late in the third period before Schwartz scored his second goal of the game, and 11th of the season, with just 2:28 remaining to give the Indians a 2-1 lead. Ryan Luppe added an empty net goal to bring the score to a 3-1 final.

North Allegheny slips to 10-3 with the loss, while Peters Township improves to 10-2 with its eighth consecutive win. The Tigers will visit Bethel Park on Thursday, January 17 at 9:00 p.m. The game will be broadcast live via the internet on the North Allegheny Sports Network.