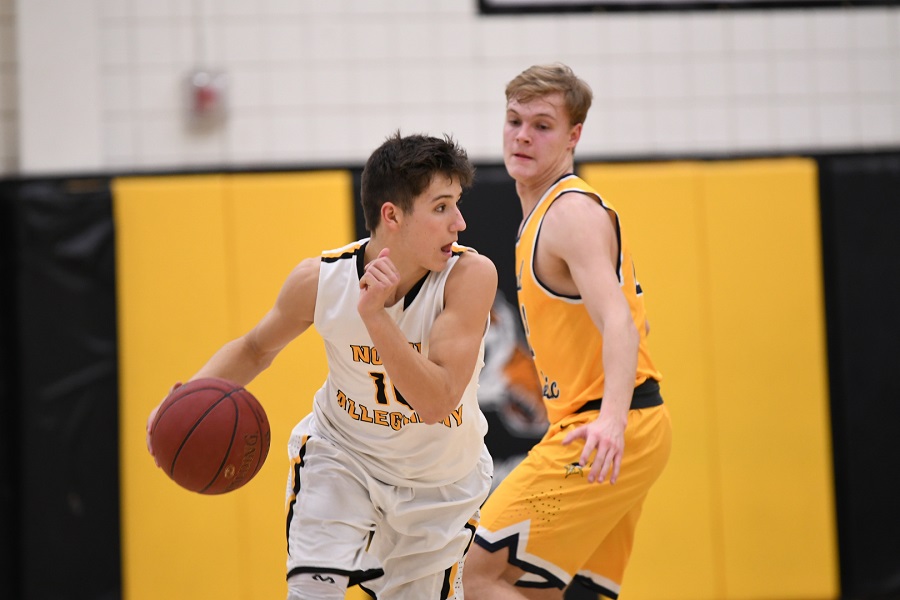 The North Allegheny boys’ basketball team dropped a 44-31 decision to the Central Catholic Vikings on Friday night in Section 1-6A action.

The Tigers stormed out of the gates in the first quarter and took a 10-0 lead to start the game. Sophomore Mike Iuzillino scored five points in the opening surge and junior Walker Davidson chipped in with a 3-pointer.

Following a Central Catholic timeout, the first-place Vikings answered back with a stifling defense and a 9-0 run to immediately climb back into the contest. From that point on, the first half was a back-and-forth affair with the Vikings leading 19-17 at halftime.

In the second half, Central Catholic’s full-court pressure forced North Allegheny into 12 turnovers, and 23 for the night, to gain a stranglehold of the game. Central Catholic outscored the Tigers 25-14 in the second half. Marist commit Luke Nedrow paced the Vikings with 19 points on 8 of 15 shooting from the field. Senior Justin Tarrant added 12 points and seven rebounds.

North Allegheny was led by junior Mike Egnaczyk who finished with seven points and four rebounds. For his efforts, Egnaczyk was named the Wright Automotive Player of the Game.

With the loss, North Allegheny dips to 7-11 overall and 3-7 in Section 1-6A. Central Catholic improves to 11-7 overall and 9-2 in section play. The Tigers host Bethel Park in a non-section matchup this afternoon at 1:30.