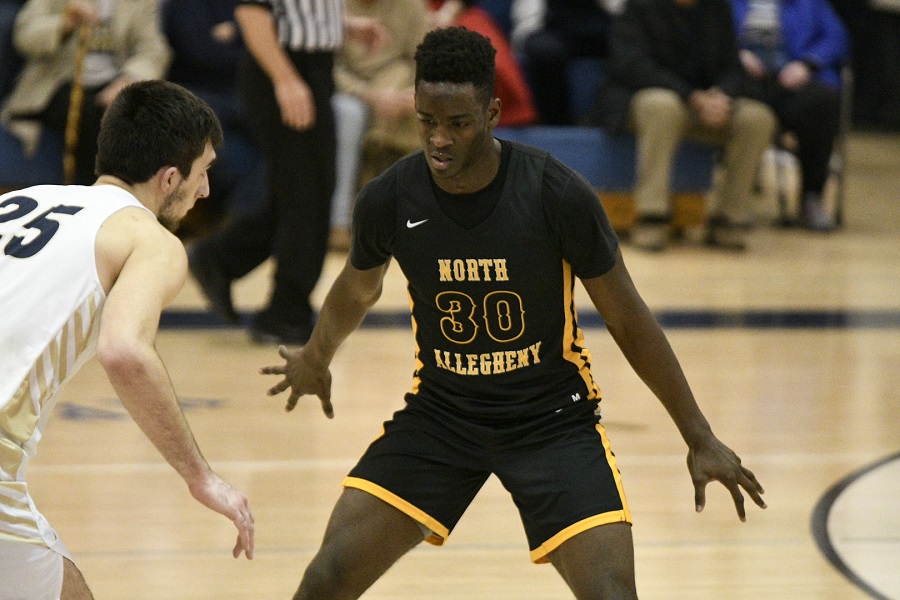 The Tigers hung tough with the Golden Tornado in the first half as the teams were deadlocked, 29-29, at intermission. North Allegheny was paced by junior Khalil Dinkins with a team-high 20 points and eight rebounds. Sophomore Robby Jones stepped up with 11 points and three 3-pointers. Junior forward Ethan Lake chipped in with nine points.

Butler pulled away in the second half and shot 62-percent in the fourth quarter. The Golden Tornado were led by Mattix Clement’s 21 points. Purdue University commit Ethan Morton tallied a double-double with 18 points and 10 rebounds.

North Allegheny slips to 8-8 overall and 3-3 in Section 1-6A. Butler remains in first place in the section with a 6-0 mark and 12-4 overall record. The Tigers will host Pine-Richland on Friday night at 7:30 p.m. The game will be broadcast live via the internet on the North Allegheny Sports Network.