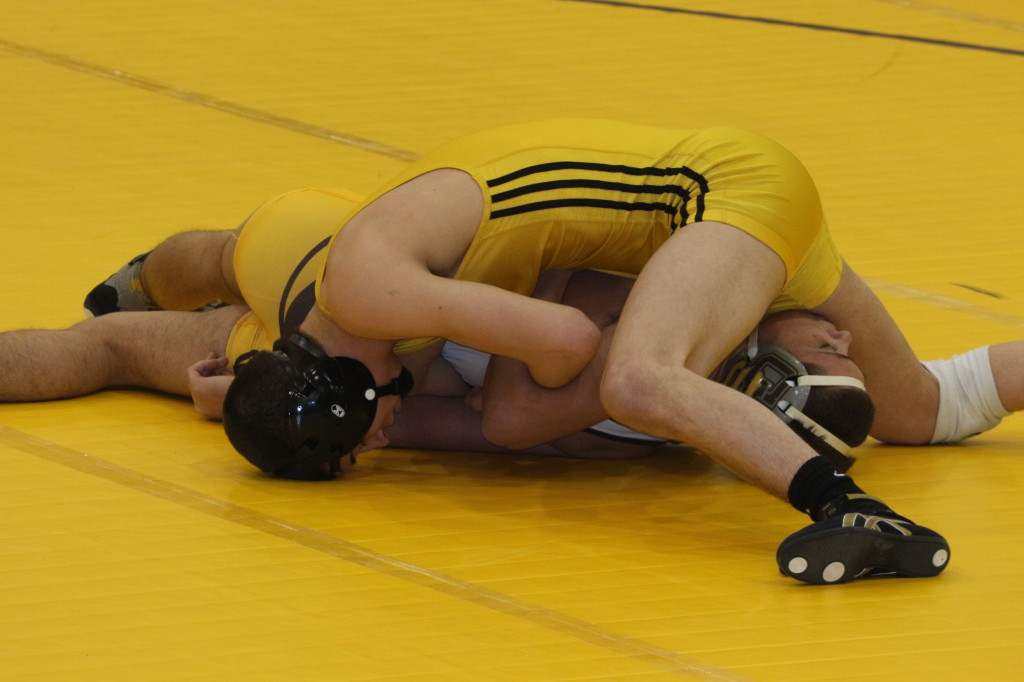 The North Allegheny wrestling team reached the PIAA final four on Friday and fell to Bethlehem Catholic, 50-23. The Tigers reached the state semifinals by beating Exeter Township earlier in the day, 36-26.

Against Exeter, the Tigers fell behind 15-0 and trailed 26-17 before staging a thrilling comeback. North Allegheny won the final four bouts to punch its ticket to the state’s final four. Zach Stedeford began the rally with a 9-1 major decision over Justin Landis at 138 pounds. Jake Hinkson followed with a win by fall over Gage Moran at 145 pounds to take a 27-26 lead. Jon Hoover improved the team lead to 30-26 with a 7-0 decision over Tyler Harkness. In the final bout of the meet, Eric Hong quickly finished off Exeter and Tyler Borton at 160 pounds with a win by fall in 1:40 for a 36-26 triumph.

Advancing to the semifinals against Bethlehem Catholic, the runners up from District 11, the Tigers again competed from behind but saw the deficit grow too large for another dramatic rally. Stedeford, Hinkson and Hong all earned wins by fall against BC in a 50-23 defeat.

North Allegheny returns to mat action in the consolation bracket this morning with an 11 a.m. meeting against the winner between Central Mountain and Cathedral Prep. For a look at the PIAA Class AAA bracket, click here.