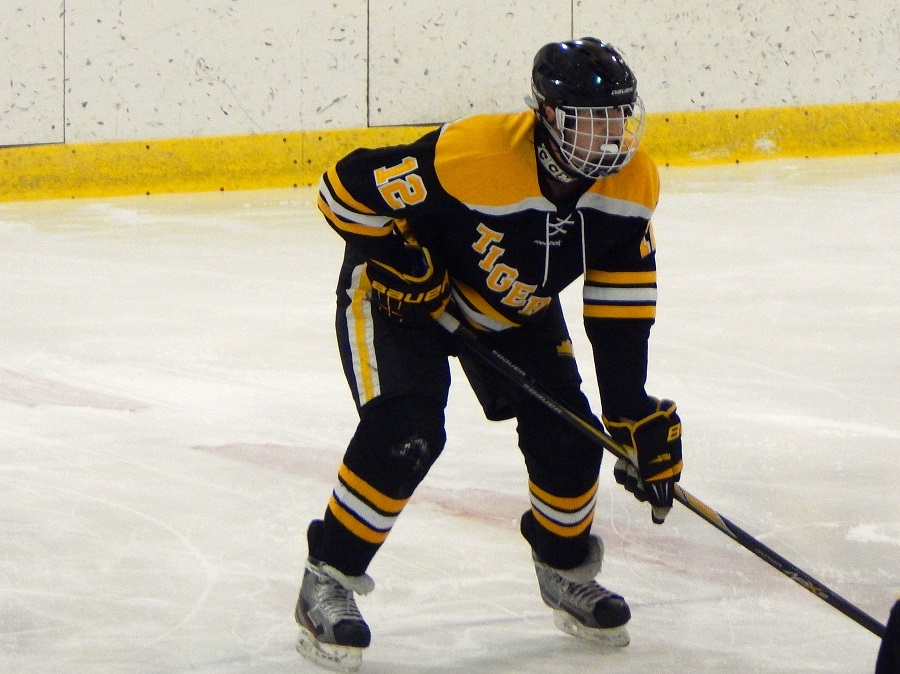 Senior Marty Hubert scored a pair of goals and the North Allegheny Ice Hockey Team outlasted the Upper St. Clair Panthers, 5-2, at the Ice Castle in Castle Shannon on Thursday night. Hubert’s first goal came on a power play and opened the scoring in the first period to put the Tigers ahead, 1-0.

With the victory, North Allegheny jumps back into first place in Section 2-AAA with a 5-2-1 record.  Upper St. Clair sits in third place in Section 1 with a mark of 4-4-0. The Tigers host Seneca Valley on Tuesday night at 6:10 pm at the BladeRunners in Warrendale.