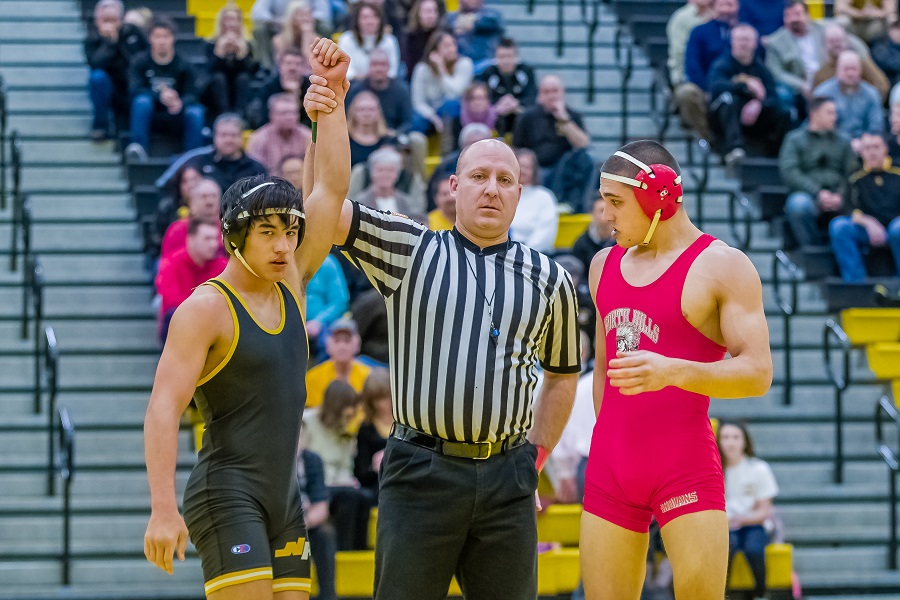 The North Allegheny wrestling team secured the top spot in Section 3B-AAA by prevailing over the North Hills Indians, 41-25. The Tigers used five pinfalls to triumph over the Indians and will head to the section tournament as the No. 1 team from the subsection. Butler earned the top-seed in subsection 3A with a victory over Seneca Valley and will host the section team tournament next week.

North Hills rallied back with three consecutive victories to cut the score to 17-13 but senior Jake Woodley gave NA momentum back with a win by fall over Zach Smith at 220 pounds to bring the score to 23-13, Tigers. North Hills won two of the next three decisions to pull to within 26-19 before the Tigers put the Indians away for good.

Junior Gabe Falo pinned Malakia Bennett at 120 pounds, freshman Nick Marcenelle picked up a 6-0 decision over Zane Curry at 126 pounds, and Will Baierl finished off the Indians with a win by fall over Armend Murtezi at 132 pounds and NA led 41-19. The Indians capped the scoring with a meaningless fall by John MacPherson at 138 pounds.

North Allegheny improves to 5-0 in Section 3 action, while North Hills drops to 3-2. The Tigers will take part in the Allegheny County Tournament this weekend.