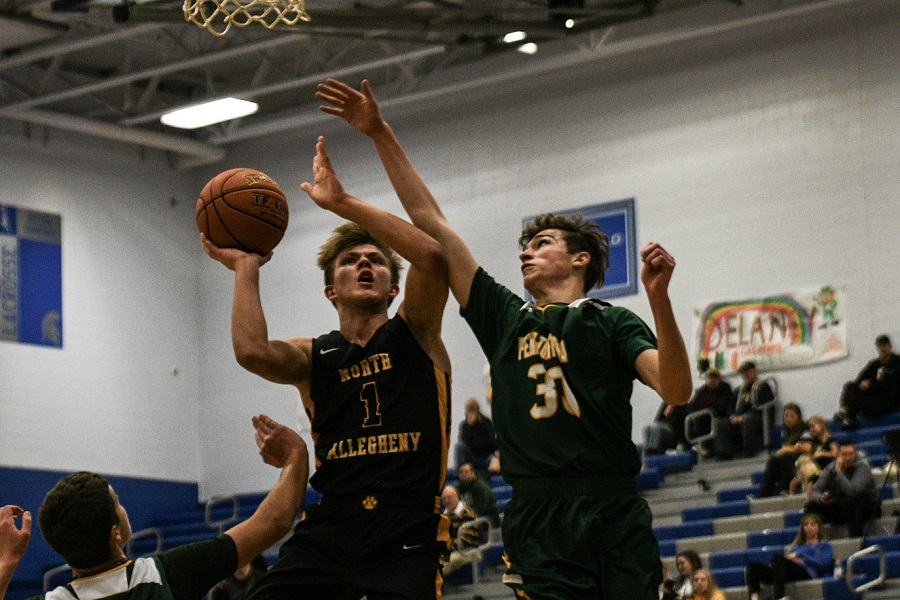 Senior Zach Rocco’s layup before the buzzer lifted Penn-Trafford to a 52-50 win over North Allegheny on Friday night at the Hempfield Tip-Off Tournament. Rocco finished with a game-high 23 points on 7 of 11 shooting from the field.

Despite the loss, it was a valiant effort for North Allegheny, who fell behind 12-5 after one quarter of play. The Tigers rallied back on the strength of senior forward Grant Timmerson’s 15-point and seven-rebound performance. Timmerson was 6 of 15 from the field, including 3 of 5 from beyond the arc.

North Allegheny cut the score to 38-37 by the end of the third quarter and the contest was nip and tuck the rest of the way. Penn-Trafford held a 50-48 lead with 24 seconds remaining before NA junior guard Greg Habib tied the game with a layup with eight seconds to play. Habib totaled 11 points with 3 of 4 shooting from the field, while also connecting on 5 of 6 shots from the free-throw line. However, Rocco helped Penn-Trafford survive NA’s comeback bid with a contested layup in the waning seconds to propel the Warriors to a 52-50 win.

Following the season-opening loss, North Allegheny hopes to bounce back on Saturday at the tip-off tournament against host Hempfield at 5:00 p.m.