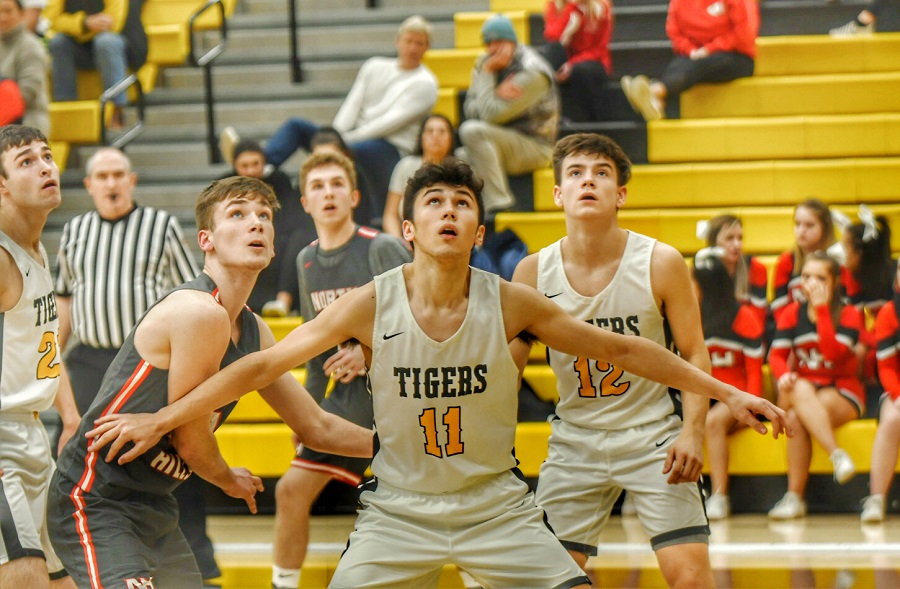 The North Allegheny seniors were the catalyst for a 60-45 triumph in the Section 1-6A finale over the North Hills Indians on Friday night. The playoff-bound Tigers were paced by senior Nico Erimias, who scored a team-high 18 points on his way to Wright Automotive Player of the Game honors. All five North Allegheny seniors scored points in the victory, including Mike Egnaczyk, Walker Davidson, Stephen Humphries and Anthony Hattrup.

The Tigers stormed out of the gates to open the game and built a 20-3 lead on the strength of an opportunistic defense that forced six turnovers in the first quarter. North Hills eventually settled into the game and cut the Tigers lead to 32-22 by intermission.

Spearheaded by senior Jordan Albright, the Indians continued to chip away and trimmed the deficit to four points late in the third quarter. Albright netted a game-high 24 points, including three 3-pointers.

Thanks to the steady play of Erimias and Hattrup, who combined to shoot 15 of 19 from the field, the Tigers were able to pull away in the fourth quarter for a 60-45 victory.