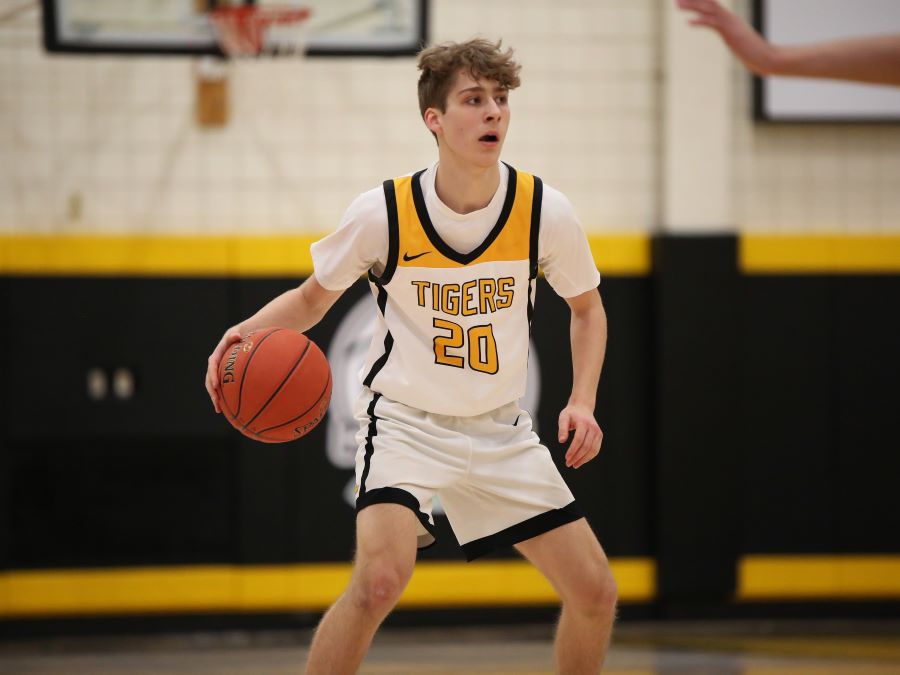 The North Allegheny boys’ basketball team shocked the No. 1-ranked team in Class 6A on Tuesday night, the Central Catholic Vikings, with a 62-46 victory at UPMC Court.

Coming off three big victories over New Castle, Butler and Lincoln Park last week, the visiting Vikings were on a roll heading into their matchup with the Tigers. However, North Allegheny developed the hot hand early against a normally stingy PCC defense and poured in eight 3-pointers in the first half. Joey Dopirak, Ty Iwanonkiw, Jackson Howard, Jack MacMurdo, Joe Marquis and Anthony Sciote all knocked down shots from beyond the arc to help build a 30-15 lead late in the second quarter. Of the Tigers sharpshooters, Iwanonkiw and Sciote buried a pair of treys in the opening half.

With Central Catholic turning to a pressure defense in the second half, North Allegheny capitalized by finding open players near the basket. Dopirak and Iwanonkiw took full advantage near the rim to the tune of 15 and 14 points, respectively. The Tigers maintained a double-digit advantage throughout the second half and cruised to an impressive 62-46 win over the top-ranked Vikings.

Along with Dopirak and Iwanonkiw, Sciote also touched double figures with 10 points, all coming in the first half. Marquis netted nine points with three 3-pointers, including two in the second half. As a team, North Allegheny knocked down 10 3-pointers on the night.

Not only scoring a game-high 15 points, Dopirak also held down 6-7 big man Debaba Tshiebwe with stellar defense in the paint. Tshiebwe, who’s older brother Oscar was the National Player of the Year at the University of Kentucky last season, was limited to just four points on the evening. For his efforts on both offense and defense, Dopirak was named the Wright Automotive Player of the Game.

Central Catholic’s lone player to touch double digits was senior Dante Depante with a team-high 14 points. The Vikings were held to a season-low 46 points by the Tigers suffocating defense and effective rebounding night on the glass.

With the win, North Allegheny improves to 5-7 overall and 2-3 in Section 1-6A. Central Catholic slips to 7-6 overall and 3-2 in the section. The Tigers return to action on Friday night for a non-section matchup against another top-ranked team, the Penn Hills Indians. Penn Hills is ranked No. 1 in Class 5A. The contest will be broadcast live by the North Allegheny Sports Network.