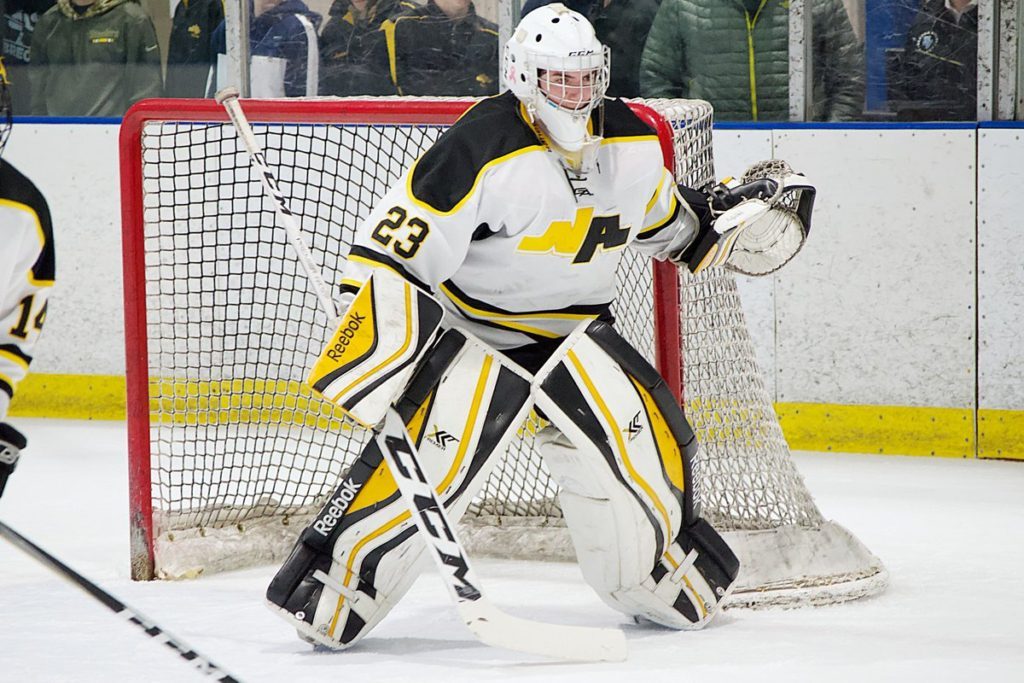 The North Allegheny ice hockey team has its sights set on a third Penguins Cup title as the Tigers face off against the Peters Township Indians tonight in the Class AAA PIHL Championship Game. It’s the fourth consecutive playoff meeting between the two schools, with the previous three contests occurring in the semifinal round.

The last time NA faced Peters Township with a Penguins Cup championship on the line, the Tigers earned a 2-0 victory in the 2013 title tilt. Joe Griffin scored two third-period goals, including one short-handed, and goalie Bradford Thornburgh made 20 saves to secure the shutout and the Tigers’ second PIHL crown.

Peters Township is appearing in the Championship Game for the third consecutive season and is hoping to win its seventh Penguins Cup crown. The Indians have reached the title tilt by blanking Canon-McMillan 3-0 in the quarterfinals and earning a 3-2 double overtime victory over Mt. Lebanon.

North Allegheny has collected playoff wins over Seneca Valley and Bethel Park. The Tigers edged the Raiders by a 3-2 decision and outlasted the Black Hawks for a 2-1 win in double overtime in the semifinals. Senior Aaron Miller, a two-time all-star who led the Tigers with 12 goals in the regular season, netted two goals in the win over Seneca Valley. Against Bethel Park, junior Will Parreaguirre scored the game-winner and senior goalie Richie Karapandi made 53 saves.

The Tigers boast the best scoring defense in Class AAA, yielding a paltry 32 goals in the regular season. The Indians possess the highest-scoring offense in the classification with a league-high 81 goals in the regular season. All-star forwards Ryan Luppe and Torrey Schwartz were tied for fourth in Class AAA in scoring with 25 points, while senior Jeremy Anthos led the classification with 19 assists. Peters is paced in net by junior Alex Wilbert who owns a 2.32 GAA.

Tonight’s PIHL Championship game will be held at the UPMC Lemieux Sports Complex in Cranberry with the opening faceoff slated for 8:30 p.m. You can listen to tonight’s game with live coverage courtesy of the North Allegheny Sports Network by clicking here.