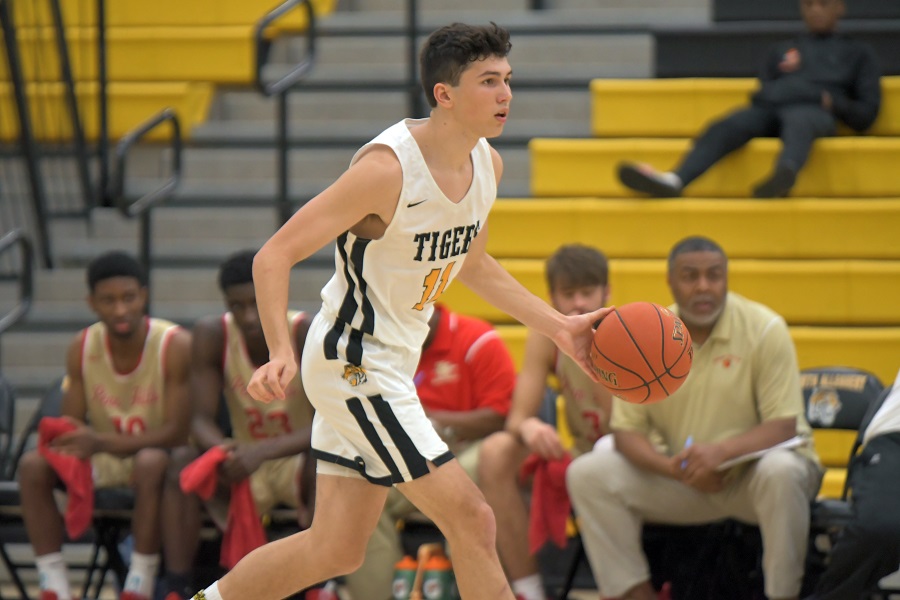 The Penn Hills Indians won the WPIAL Class 6A title last season and dropped down to Class 5A following reclassification. The preseason No. 2 in 5A, the Indians were knocked off by the North Allegheny Tigers on Friday night, 57-54, in the finale of the Wright Automotive Holiday Tournament.

Junior Mike Iuzzolino led the charge for North Allegheny with 24 points on 7 of 13 shooting from the field and 4 of 8 shooting on 3-pointers. For his efforts, Iuzzolino was named the Wright Automotive Player of the Game

Senior Mike Egnaczyk added nine points for the Tigers, who built a 44-36 lead entering the fourth quarter. Penn Hills outscored the Tigers, 18-13, in the final stanza but NA fended off the Indians for an impressive non-section win.

Penn Hills was paced by Tyree Spencer, who scored a game-high 25 points on 10 of 15 shooting.

With the win, North Allegheny improves to 5-3 overall, while Penn Hills dips to 6-2. The Tigers return to section play with a home contest against Pine-Richland on Friday at 8:00 p.m. The game will be broadcast live by the North Allegheny Sports Network.