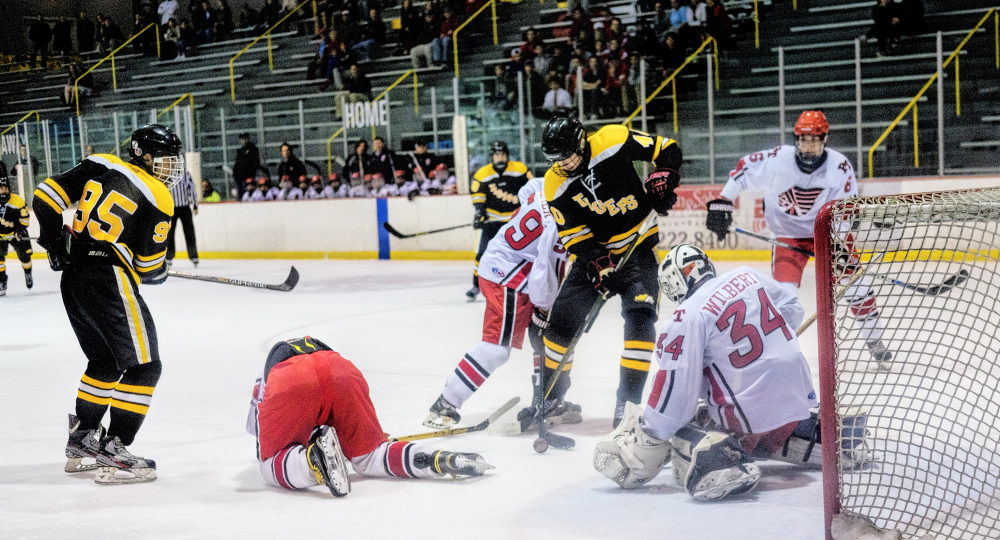 The North Allegheny ice hockey team vanquished the Peters Township Indians on Monday night, 4-1, at the Baierl Ice Complex. The Tigers received two goals from Tyler Wilson and goalie Ryan Heil made 31 saves in the victory. The win further distances NA from Peters Township in the Class AAA standings, with the Tigers sitting in second place with 23 points and the Indians in third place with 18 points.

Wilson opened the scoring in the first period with a goal at the 6:18 mark, assisted by Tyler Lamark and Cameron Zahn. North Allegheny made it 2-0 with a goal by Zahn at 9:16 of the period. Following a roughing penalty on the Tigers, Peters Township cashed in on a power play with a marker by Christopher Price to cut the NA lead to 2-1 with 4:03 remaining in the opening stanza.

In the second period, the Tigers took control of the game with a power play goal by Wilson and another goal by Erik Chidester with just 10 seconds remaining in the period for a 4-1 lead. The goal by Chidester was a backbreaker for Peters Township, and with the play of Heil in net, the 4-1 advantage stood until the final buzzer for a North Allegheny victory.