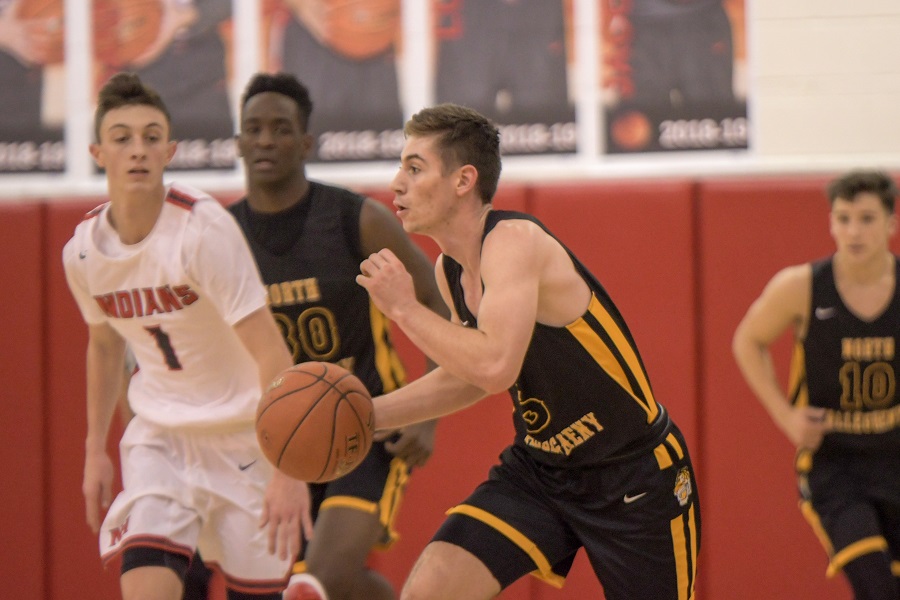 North Allegheny used a strong second-quarter surge to vanquish the North Hills Indians on Tuesday night for a 75-49 road win in Section 1-6A play. The Tigers led 9-7 after one quarter before breaking open the game in the second quarter for their third straight section win. NA outscored North Hills 19-6 in the second to hold a 28-13 lead by intermission.

The Tigers defense limited the Indians to just 23 percent shooting in the first half and NA outrebounded the Indians, 32-18. North Allegheny had three players in double figures and shot 61 percent in the second half to fizzle any North Hills thoughts of a comeback.

With the win, North Allegheny jumps to 8-4 overall and 3-2 in section play, sitting in third place in the Section 1-6A standings. North Hills drops to 4-9 overall and 0-5 in the section. The Tigers will host Erie High School in a non-section game on Friday at 7:30 p.m.