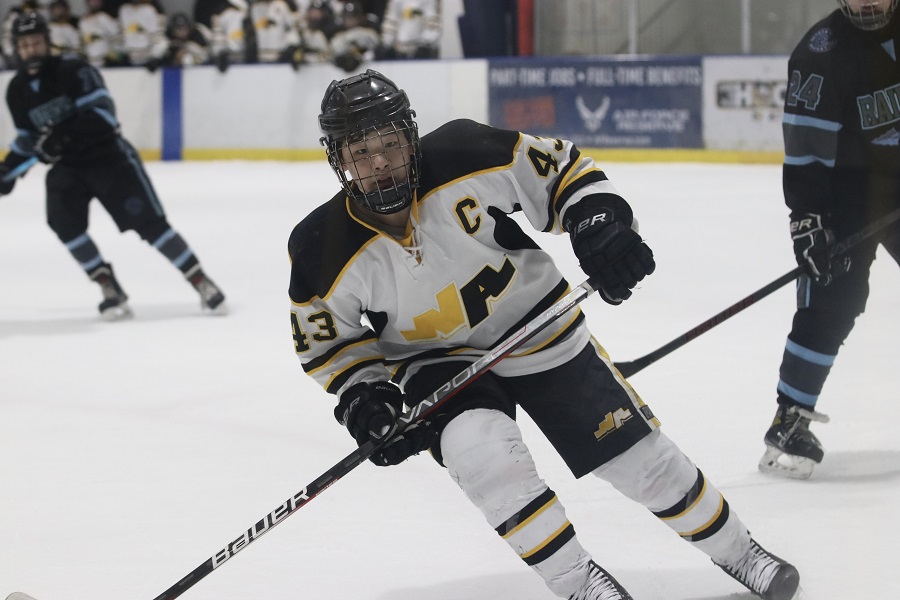 After 2-1 finals in each of the two regular season meetings, it was only fitting the North Allegheny-Seneca Valley semifinal matchup of the PIHL Penguins Cup Playoffs would end in the exact same score. However, unlike the regular season, it was Seneca Valley who edged the Tigers to advance to the Class AAA Penguins Cup final next week.

The game at the RMU Island Sports Complex started slow for both teams on Monday night, as neither squad wanted to give up a bad look early. With just over two minutes left in the period, the Tigers moved into the offensive zone with numbers. Junior forward Nate Spak got a handle on the puck within close range and rang it off the post, leading to a rebound that senior Connor Chi buried, giving NA the 1-0 advantage. Spak and junior Matt Irvin earned the assists on the goal, which was Chi’s fifth of the playoffs.

The Tigers maintained their one-goal lead until the 11:39 mark of the second period. Seneca Valley’s Zach Regalski threw a wrist shot on junior goalie Rylan Murphy that hit the top of his catching glove and trickled into the net. SV’s Jacob Komaniak was given an assist on the play.

In the third, the Seneca Valley siege was placed on Murphy as the Raiders cranked the intensity. Two separate coast-to-coast chances from Shane Kozlina and Andrew Davis tested the junior goalie, but he was able to hold strong each time. At the 10:46 mark of the third, Seneca Valley continued its persistence in front of the NA crease, and after an initial stop, Davis scored the game winner. Patrick Dolan was credited with an assist on the play.

Congratulations to the entire North Allegheny ice hockey team and coaching staff for another fantastic season.