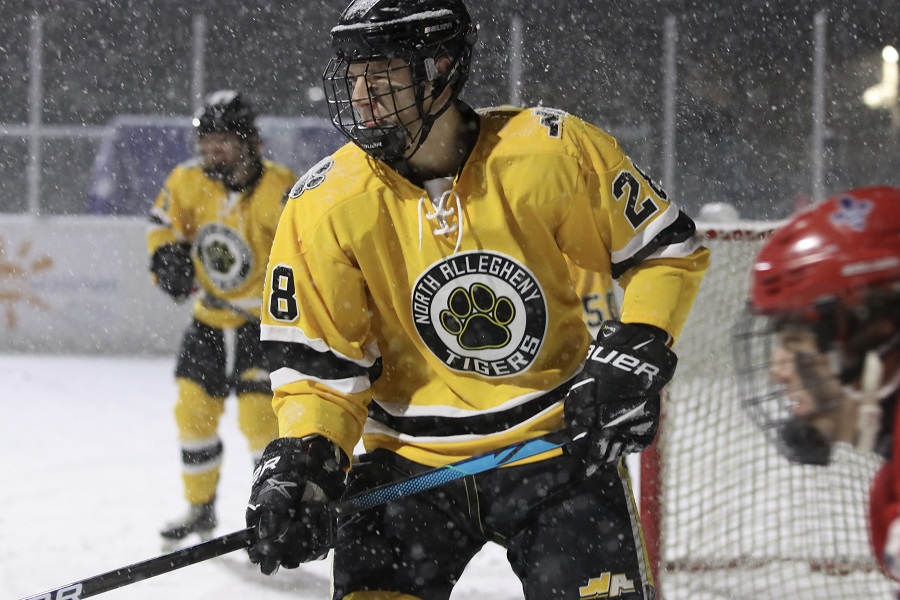 Peters Township head coach Rick Tingle will lead Team Gold and will have the benefit of having NA junior forward Matt Irvin and junior defenseman Trey Gallo as part of his roster.

Just as deadly with the puck on his stick at the point was Gallo, who tallied 13 goals and 24 points, third best on the team in both categories. Holmes posted five goals and four assists, but more importantly, provided hard-nosed defense for the stingiest unit in Class AAA, permitting a paltry 42 goals in the regular season. In net, Murphy boasted the second-lowest goals against average in the classification with a 1.42 GAA on his way to a 12-1-0 record in the regular season.

All seven members of the North Allegheny squad were instrumental to the team’s 17-2-1 record in the regular season and first place finish atop the Class AAA standings. Following a convincing 8-1 win over Bethel Park in the quarterfinals, the Tigers will take on Seneca Valley in the Penguins Cup semifinals on Monday night.