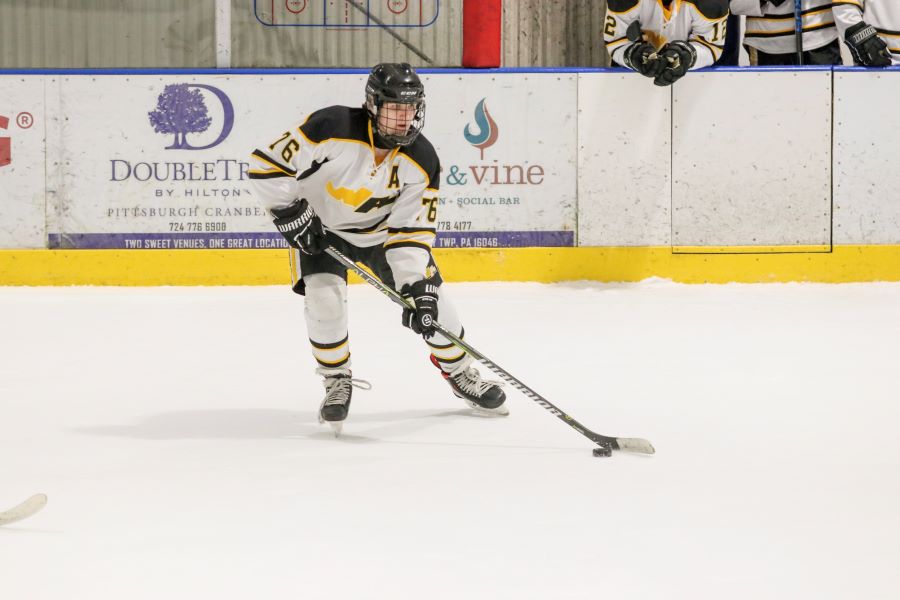 The Ramblers rolled to a 2-0 lead in the first period on a power play goals by Brayden Sprickman and Liam Ward. Cathedral Prep tacked on two more goals in the second period for a 4-0 lead thanks to markers by Ethan Cunningham and Caleb Dacus.

Despite a tough start to the game, North Allegheny fought back in the third period and began to rally when senior Nate Spak scored a power play goal at the 6:55 mark, assisted by Trey Gallo and Matt Irvin. Less than two minutes later, senior Irvin tallied a goal, assisted by Luke Walkauskas at the 8:48 mark to trim the deficit to 4-2.  At the 12:32 mark, Irvin assisted on a goal by Evan Perrotte to draw the Tigers even closer, trailing 4-3. North Allegheny continued to pepper CP goalie Tanner Ball with shots down the stretch but the Ramblers held on for the one-goal victory.

Tigers’ goalie Rylan Murphy got the start and made 22 saves. Irvin finished with a three-point night with one goal and two assists.

North Allegheny slips to 9-4-3 overall and sits in a four-way tie for first place with Peters Township, Seneca Valley and Central Catholic. Cathedral Prep improves to 9-6-0. The Tigers will have some time to regroup before a home game against Bethel Park on Monday, Jan. 30. The game will be broadcast live by the North Allegheny Sports Network.