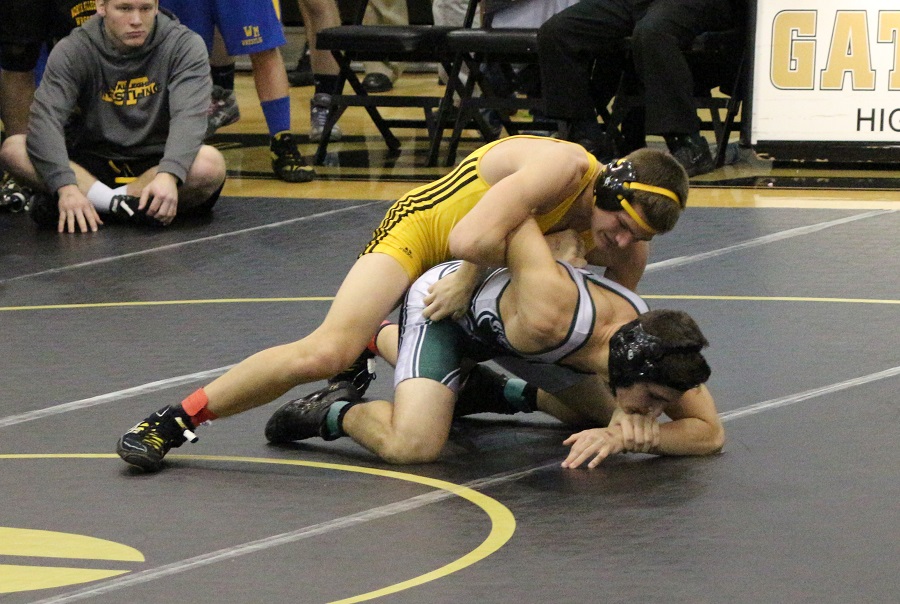 Three North Allegheny wrestlers advanced into the quarterfinals on the first day of the WPIAL Individual Wrestling Tournament at Penn Hills High School. Two of which did so by fall in their opening round bouts. Zach Smith (195) pinned Jacob Smith of Penn-Trafford in 28 seconds, and Jake Hinkson (132) pinned Vinny Palm of Upper St. Clair at 3:25.  At 170 pounds, Jake Woodley earned a convincing 11-0 major decision over Jeremy Huwe of Bethel Park.

At 113 pounds, Zach Stedeford pinned John Mountain of Ringgold in a pigtail round bout.  Stedeford advanced to face top-seeded Devin Brown of Franklin Regional in the first round and fell in a majore decision, 12-1.  Following first round losses, Stedeford, Sean Kalmeyer (145) and Sean Hoover (152) all remain alive in the double elimination tournament in the consolation bracket.

Day two of the WPIAL Individual Wrestling Tournament gets underway at 5:30 pm with the quarterfinals and first round consolations. You can listen to all of day two’s action by clicking here.

A listing of NA results from day one is below. For a look at the entire Class AAA bracket, click here.