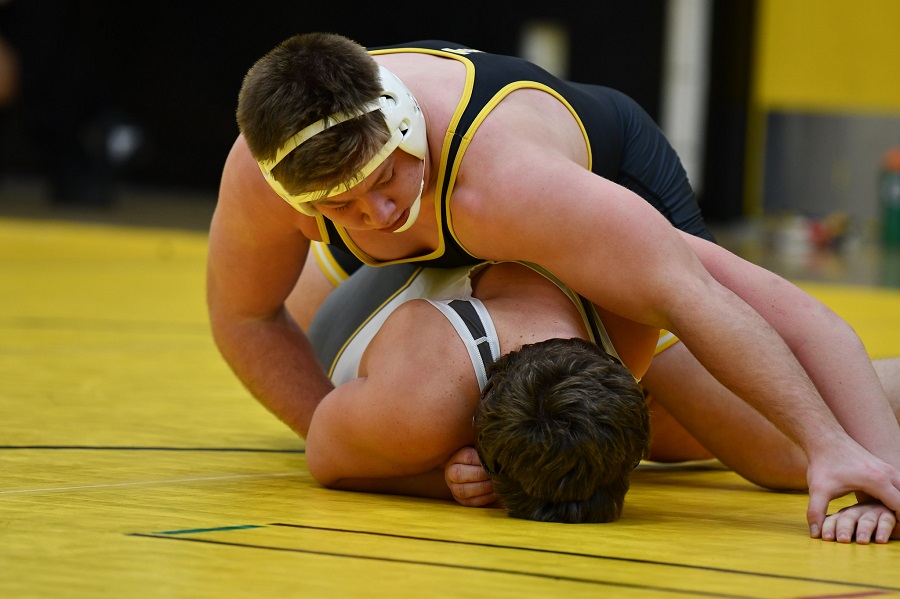 Coy defeated Hempfield’s Ethan Lebin by a 6-0 decision in his championship bout at 120 pounds. Stedeford claimed gold at 145 pounds with a 6-3 decision over Hickory’s Carter Gill. Leczo capped a convincing day at 215 pounds with a win by fall over Ty Banco of Trinity. For his efforts, Leczo was named the Wright Automotive Wrestler of the Match.

Senior Collin McCorkle made his North Allegheny debut on Saturday and reached the championship bout at 160. McCorkle, a transfer from Liberty High School in Arizona and a 2019 state finalist, earned a silver medal after a hard-fought OT loss to A.J. Corrado of Burrell.

Placing fifth were Sam Horton (113) and Aiden Buggey (189) in their respective weight classes. Taking seventh place at 172 pounds was Brandon Weaver to round out NA’s impressive season debut.

For a look at the final brackets of each weight class at the tournament, click here.