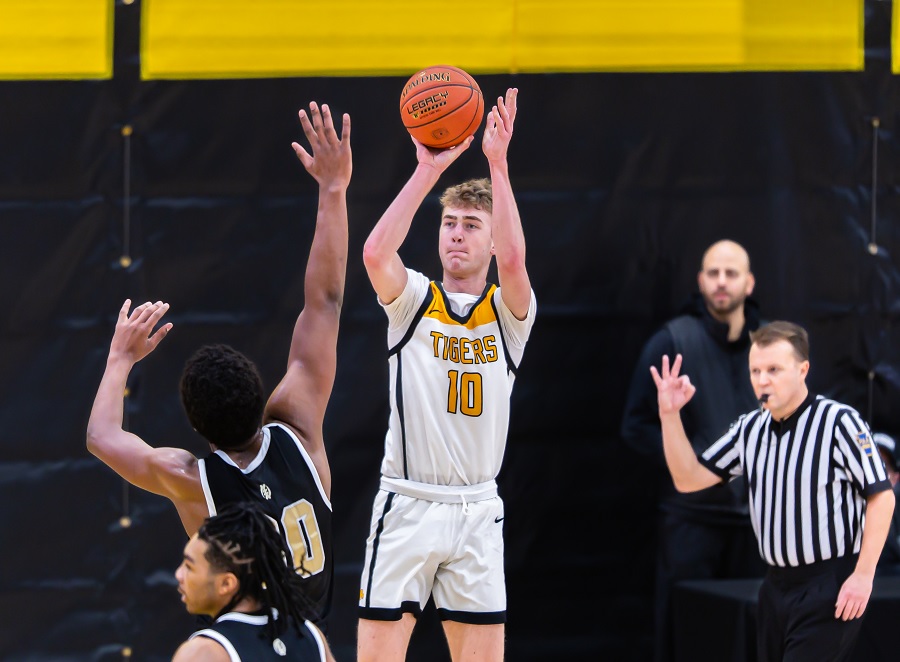 The North Allegheny boys’ basketball team fell to the Butler Golden Tornado on Tuesday night, 63-50, in a Section 1-6A contest at UPMC Court.

Trailing 33-20 in the second quarter, North Allegheny trimmed the deficit to four points twice in the second half at 37-33 in the third quarter and 47-43 in the fourth. Junior swing man Ty Iwanonkiw led the charge for North Allegheny with a team-high 20 points and six 3-pointers to earn Wright Automotive Player of the Game honors.

Despite Iwanonkiw’s best efforts, Butler staved off the Tigers with 18-of-20 shooting from the free-throw line and closed out a wire-to-wire victory. Butler was paced by junior Braylon Littlejohn with a team-best 18 points. Freshman Donovan Carney netted 15 points and three 3-pointers, while senior Ryan Porch tallied 12 points.

Along with Iwanonkiw, junior forward Joey Dopirak reached double figures for the Tigers with 16 points.

Following Tuesday’s contest, North Allegheny slips to 4-6 overall and 1-2 in Section 1-6A. Butler improves to 10-2 overall and 2-1 in the section. The Tigers return to action on Friday night with a visit to Seneca Valley at 7:30 p.m.