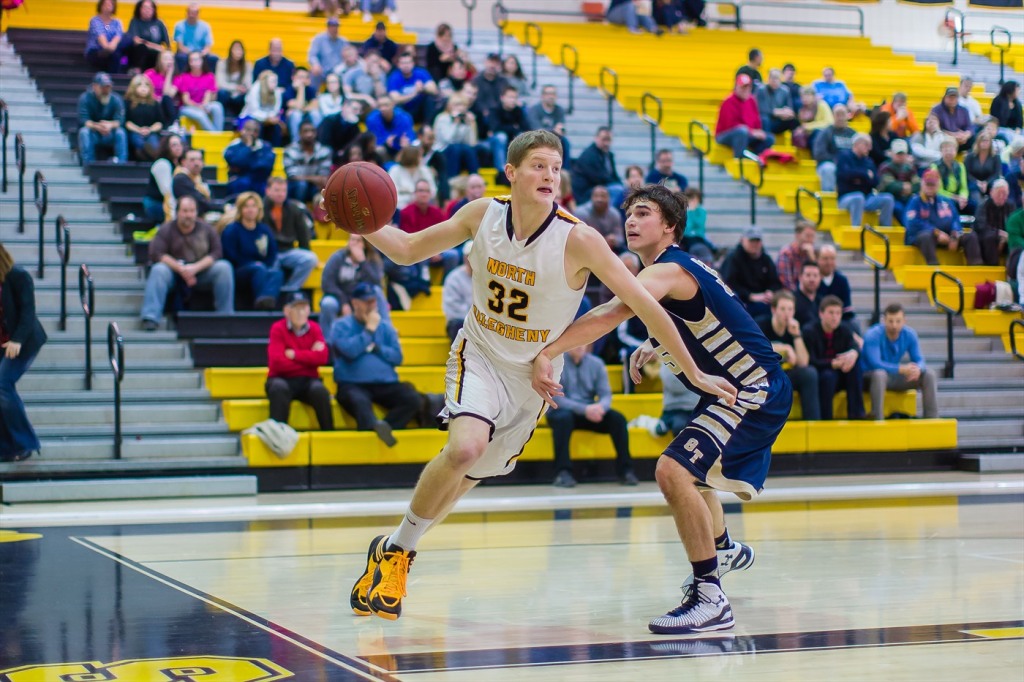 The North Allegheny boys’ basketball team remained undefeated on Tuesday night, defeating Butler 84-58.  It was all North Allegheny for 30 of the 32 minutes of the contest as Butler would lead just once in the game, 5-4. From that point on North Allegheny took over forcing nine turnovers in the first quarter and rolling to a 22-10 lead.  The outside shot was not falling for the Tigers but they drove to the basket with ease to open a 42-21 halftime lead.

The Tigers will now relax and enjoy the holiday break before hosting the Wright Automotive Holiday Tournament on December 29 where they will take on Westinghouse.  The game will be broadcast live via the internet on the North Allegheny Sports Network.