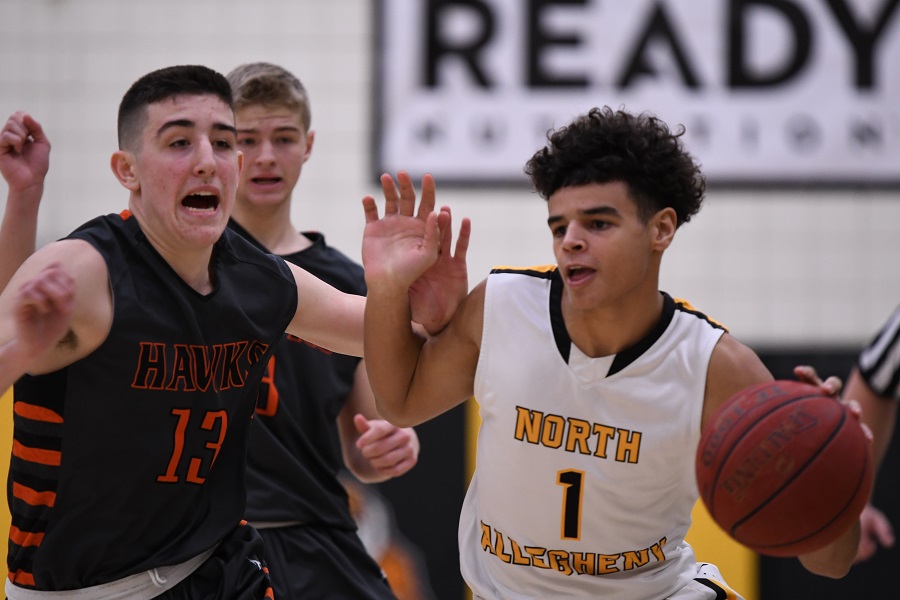 The boys’ basketball team had an eight point lead at halftime on Saturday against Bethel Park in a non-section game, but couldn’t hold on in a 69-58 defeat.

The Black Hawks clamped down on their defense in the second half, forcing 18 Tiger turnovers in the game. Most of the turnovers came when Bethel Park switched to a full court press.

NA started out strong in the first half, ending the first quarter on an 8-0 run to take a 19-12 lead. The Tigers maintained the lead through the second quarter thanks in part to their hot shooting. In the first half, they shot 72.2 percent (13 of 18) and held Bethel Park to 37.5 percent (9-24).

The Tigers increased their lead to double digits at 36-26 after scoring the first two points of the second half, but the momentum would start to sway towards the Black Hawks direction. A mix of defense and the hot shooting of junior Alex Mullen. Mullen scored 18 of his game-high 33 points in the second half for the Black Hawks. Bethel Park outscored North Allegheny 27-10 in the third quarter to take over the game.

Sophomore Mike Iuzillino led the Tigers with 19 points on 7 of 9 shooting, including two 3-pointers. Senior Zach Johnson finished with 14 points and eight rebounds in 18 minutes.

The loss drops North Allegheny to 7-12. Bethel Park improves to 11-8. The Tigers will be back in action on Tuesday when they travel to Seneca Valley in a must-win scenario for the final playoff spot in the section. The game will tip-off at 7:30 p.m. and can be heard via the internet on the North Allegheny Sports Network.