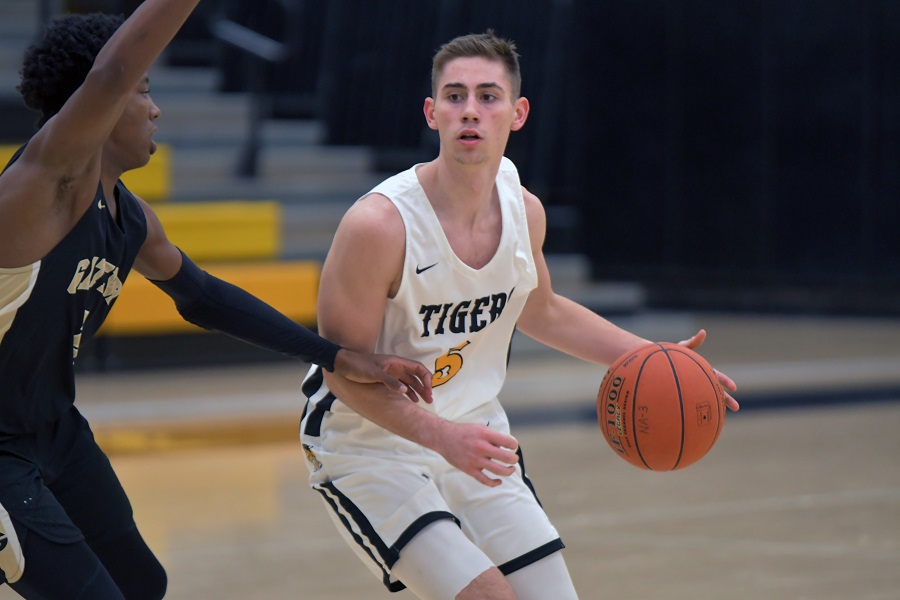 The North Allegheny boys’ basketball team led wire-to-wire and galloped past the Gateway Gators, 75-27, at the Wright Automotive Holiday Tournament on Thursday night. The Tigers stormed out of the gates with a 10-0 lead in the first quarter and coasted to the non-section win. NA outscored Gateway in the second half, 42-10.

The Tigers defense was stifling and permitted the Gators a shooting percentage of just 16 percent, connecting on a paltry 8 of 50 from the field. Gateway was only 1 of 15 on 3-pointers. Sophomore Bonzi Parks led Gateway with 11 points, nearly half of the Gators total.

North Allegheny had no trouble converting on its opportunities, especially from beyond the arc. The Tigers poured in 15 of 24 3-point attempts, connecting at a 63-percent clip. Juniors Justin Altmeyer and Mike Iuzzolino each buried four 3-pointers and scored 14 and 13 points, respectively. All of Iuzzolino’s scoring came in the second half to help punctuate a solid all-around performance that included six rebounds, five assists and two steals. For his efforts, Iuzzolino was named the Wright Automotive Player of the Game.

With the win, North Allegheny improves to 4-3 overall on the season. Gateway dips to 2-5 overall. The Tigers will take on the reigning Class 6A WPIAL champion Penn Hills Indians Friday night at 7:30 p.m. The game will be broadcast live via the internet on the North Allegheny Sports Network.