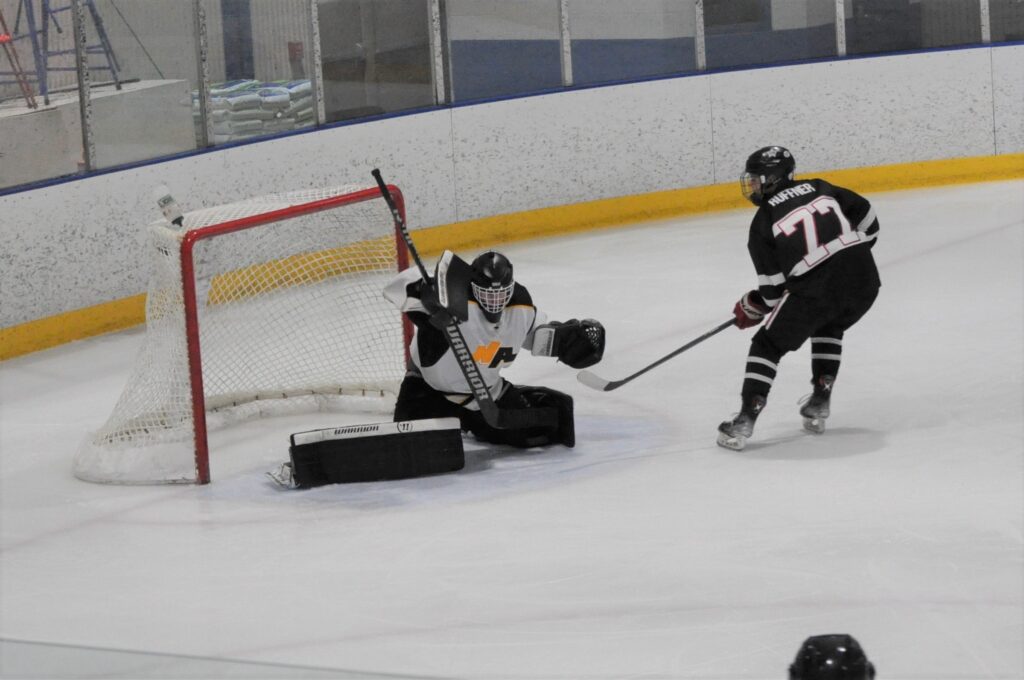 Senior Luke Evans scored one goal in regulation and the deciding goal in the overtime shootout to propel North Allegheny to a 3-2 victory over Upper St. Clair on Monday night at the Baierl Ice Complex.

Upper St. Clair seized the early lead with a goal by Zachary Hardy just 35 seconds into the game. However, North Allegheny struck back with a pair of goals in the second period to pull ahead, 2-1. Evans scored at the 3:47 mark of the second period to tie the game, assisted by Evan Kaminski and Ryan Jackman. At the 7:29 mark of the stanza, junior Evan Perrotte gave the Tigers a 2-1 lead. The Perrotte marker was assisted by Travis Lamark and the PIHL’s Class 3A Player of the Month for October, Trey Gallo.

Playing without one of their top players, the Panthers managed to claw back in the third period and tied the game at 2-2 on a short-handed goal by Collin Ruffner at the 6:50 mark.

The game remained deadlocked throughout the third period and overtime, forcing the contest into a decisive shootout. Gallo and Perrotte scored goals in the shootout before Evans netted the game-winning tally to give NA the 3-2 win. For his efforts, Evans was named the Wright Automotive Player of the Game.

In net, senior Rylan Murphy earned the win with 19 saves, while USC’s Timothy Cottrill made 27 stops in a losing effort.

With the win, North Allegheny improves to 7-2-0 on the season and jumps into first place with 14 points. Upper St. Clair slips 2-3-1 and eighth place in the Class AAA standings.