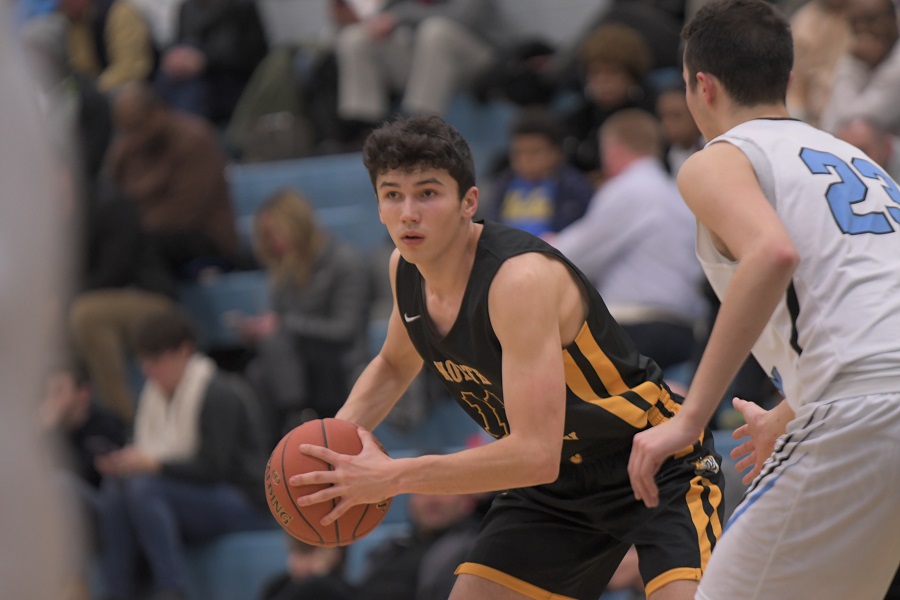 The North Allegheny boys’ basketball team punched its ticket into the WPIAL playoffs with a 62-45 road win at Seneca Valley on Friday night. The Tigers earned the Section 1-6A victory on the strength of a stingy defense that didn’t allow many open looks and limited the Raiders to 34-percent shooting on the night. The win also secured a season sweep for the Tigers over their section foe.

The contest was tied 14-14 in the second quarter before NA used a 14-0 run to take a 28-14 lead late in the period. The Tigers defense and success on the glass were the key cogs in the run. North Allegheny outrebounded the Raiders on the night, 29-23.

North Allegheny expanded the lead to 44-24 by the end of the third quarter, led by seniors Mike Egnaczyk and Anthony Hattrup. The duo each scored a game-high 14 points, with 10 coming in the second half.

Hattrup had a strong all-around performance, adding seven rebounds and four blocks, along with providing stellar defense on Seneca Valley big man Marcus Might. Hattrup, who shot 5 of 6 from the field and 4 for 4 at the free-throw line, was selected as the Wright Automotive Player of the Game.

In the fourth quarter, Seneca Valley applied an intense full court defense that helped the Raiders trim the deficit to 11 points. However, that’s as close as Seneca Valley would come as the Tigers fended off their section rival for a 62-45 win and a WPIAL playoff berth.

The Raiders were paced by Zac Zajacs with 12 points.

North Allegheny snapped a four-game losing streak with the outcome and improves to 10-8 overall and 4-5 in Section 1-6A. Seneca Valley slides to 9-9 overall and 4-5 in the section.  The Tigers will visit Gateway on Monday night at 7:30 p.m. in a non-section contest.