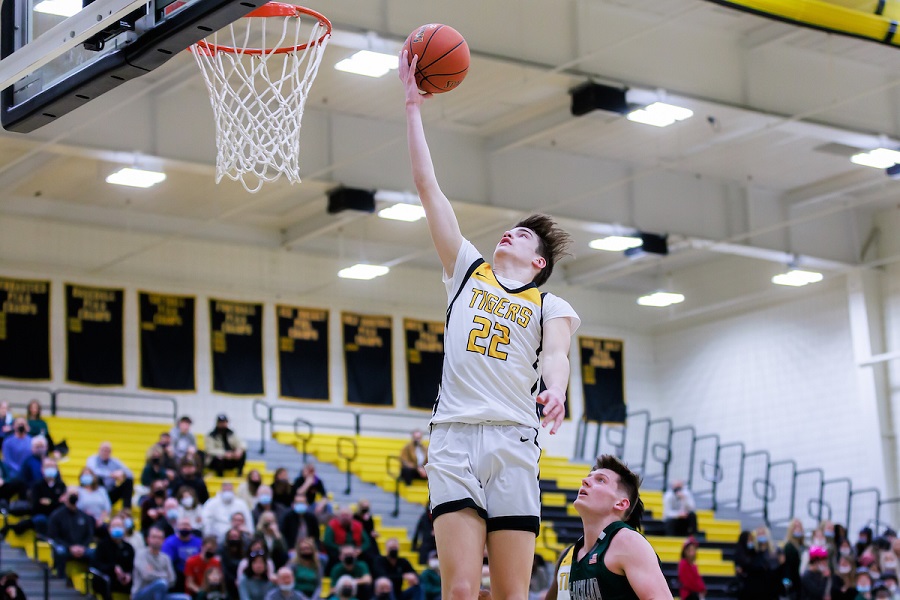 The North Allegheny boys’ basketball team visited the Mt. Lebanon Blue Devils on Tuesday night and dropped a 57-43 decision in a non-section contest.

Strong shooting from the perimeter on their home floor allowed the Blue Devils to jump out to a 23-12 lead after one quarter of play. Mt. Lebanon connected on five 3-pointers in the opening stanza, including three from Michael Pfeuffer.

North Allegheny fought back in the middle two quarters and cut the deficit to 47-39 by the end of the third. Junior Joey Dopirak was consistent throughout the night for the Tigers and led the team with a 14-point effort. Juniors Anthony Sciote and Ty Iwanonkiw touched double figures for NA with 11 and 10 points, respectively.

Despite NA’s best efforts, Mt. Lebanon put the game away at the free-throw line in the fourth quarter and closed out a 57-43 win. The Blue Devils were led by Nate Girard’s 16-point night. Pfeuffer and Tanner Donati added 11 points each for Mt. Lebanon. In all, the Blue Devils connected on 10 shots from beyond the arc, led by Girard’s four treys.

With the loss, North Allegheny falls to 0-2 overall on the young season, while Mt. Lebanon improves to 1-1. The Tigers look to bounce back in their home opener on Friday night against former section rival North Hills. The game will tip off at 7:30 p.m. and will be broadcast live by the North Allegheny Sports Network.