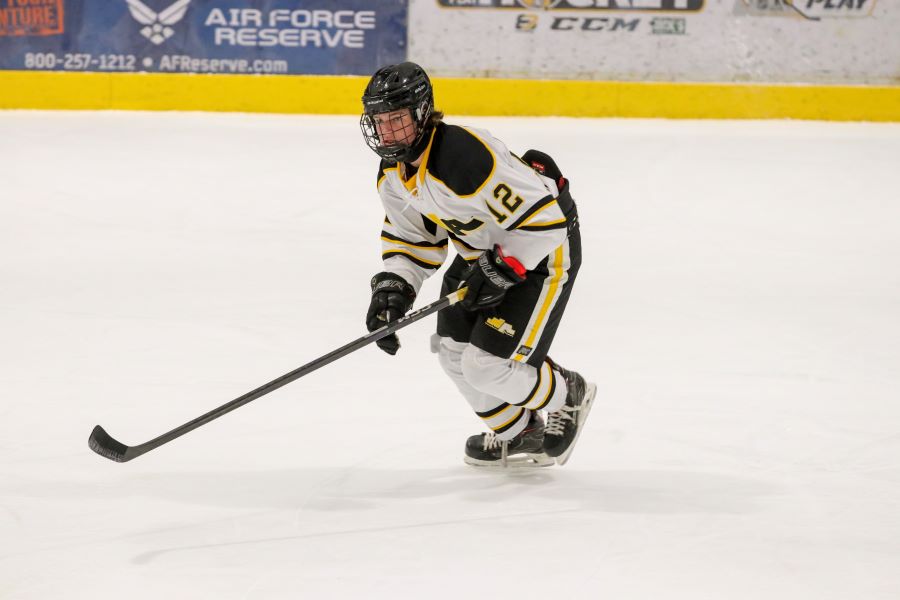 The North Allegheny ice hockey team dropped its third consecutive game on Monday night with a 4-3 overtime loss to Peters Township at the Baierl Ice Complex. The Indians rallied from a 2-0 deficit with three goals in the final stanza and ultimately claimed the win. With the overtime loss, the Tigers still gain a point in the standings and climb into a first-place tie atop Class AAA with Seneca Valley with both teams sitting at 21 points.

The Tigers opened the game with a pair of goals in the first period. Senior defenseman Trey Gallo netted his ninth goal of the season 4:03 into the game for a quick 1-0 lead. The Gallo goal was assisted by Cole Bianchin. Junior Evan Kerber tacked on another marker for NA, assisted by Ryan Jackman and Gallo, at the 12:16 mark of the first period to increase the lead to 2-0.

Sophomore Cam Junker, who was making his first career varsity start, stonewalled the Indians well into the third period before a North Allegheny penalty opened the door for the Peters Township power play. Capitalizing on the man-advantage, Ryder Mertens, put Peters Township on the board, trailing 2-1, with 5:32 left in regulation. Mertens struck again with 3:26 remaining to tie the game at 2-2.

With North Allegheny on the power play in the waning minutes, Peters Township netted a short-handed goal by Ben Kovac with 1:27 left to give the Indians a 3-2 lead. Undaunted, North Allegheny found the equalizer with just 6.5 seconds remaining in the third period on a goal by senior Nate Spak, assisted by Gallo and Bianchin. With one goal and two assists for a three-point night, Gallo was named the Wright Automotive Player of the Game.

In the extra session, Peters Township’s Luka Maietta tallied the game-winning marker with just 7.8 remaining to give the reigning PIHL Class AAA champions a 4-3 victory.

Junker played valiantly in his first varsity start and made 20 saves for the Tigers. Kyle Thomas earned the win for Peters Township and stopped 39 pucks.

North Allegheny sits at 9-3-3 on the season, while Peters Township improves to 10-3-0 on the campaign.  The Tigers look to rebound on Tuesday, Jan. 17 with a visit to Cathedral Prep.