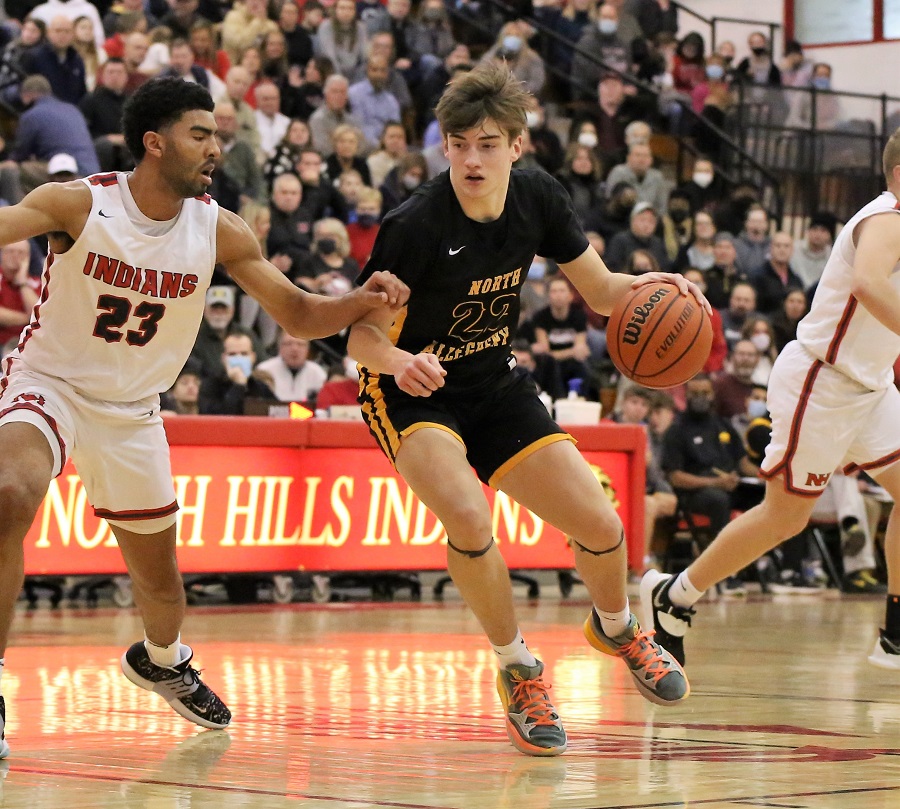 The North Allegheny boys’ basketball team fell to the top-ranked North Hills Indians on Tuesday night, 75-52, in a Section 1-6A contest.

In a back-and-forth first half, the lead changed hands several times and the Tigers trailed by just three points at intermission, 37-34. Senior Matt McDonough led the charge for North Allegheny with a team-high 20 points and connected on three 3-pointers. Sophomore Joey Dopirak was strong in the paint with six points in the first half and finished with eight on the night.

After a torrid pace in the first half by both teams, the host Indians maintained their shooting touch in the second half and pulled away for a 75-52 victory. North Hills outscored the Tigers 38-18 over the final 16 minutes of play. Five players touched double figures for the Indians, paced by Alex Smith with 25 points.

The loss is North Allegheny’s sixth in the last seven games and drops the Tigers record to 9-6 overall and 2-6 in Section 1-6A. North Hills remains unbeaten with a record of 14-0 overall and 8-0 in the section. The Tigers look to regroup on Friday night for an important section game at Seneca Valley at 7:30 p.m.