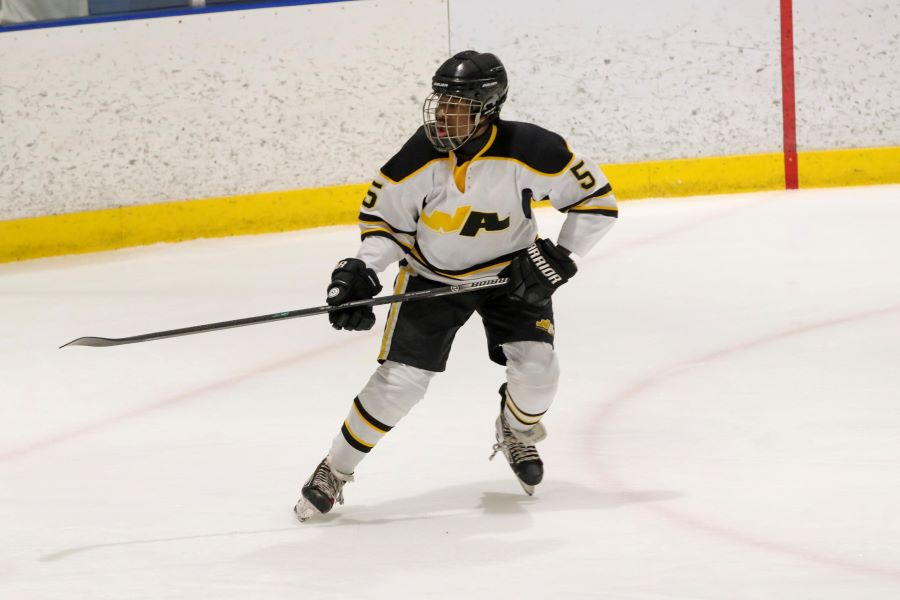 The North Allegheny Tigers held off the Canon-McMillan Big Macs on Monday night in a high scoring affair at the Baierl Ice Complex, 6-4.

NA got on the board just 23 seconds into the game when Owen Logan found Cole Bianchin for the ice breaker and the Tigers led 1-0 early. The Big Macs responded with the next two goals to take a 2-1 lead, but 31 seconds after the second goal, Ryan Jackman tied the game back, assisted by Dylan Murray and Lorenzo Colaizzi, and the score was 2-2 at the end of the first period.

The Big Macs grabbed the lead back early in the second period but it was another quick response by the Tigers as Evan Perrotte scored an unassisted goal to tie the game back up 3-3. Perrotte did not waste any time lighting the lamp again as he scored two minutes later, assisted by Luke Walkauskas and Matt Irvin, and North Allegheny had the lead back at 4-3. Dylan Murray shifted the momentum of the game, giving the Tigers a 5-3 lead with under five minutes left in the second period. Evan Barnhart had the assist and North Allegheny took their first two goal lead of the game into the locker room for the second intermission.

Canon-McMillan scored on the power play five minutes into the third period to cut the Tigers lead back to one but Evan Kerber put the game out of reach scoring on an assist from Barnhart to give NA a 6-4 advantage with under seven minutes to go. The game was called with 4:13 remaining due to PIHL curfew rules giving the Tigers a 6-4 win.

Andrew Long started in net and made 21 saves. Perrotte was named the Wright Automotive Player of the Game with two goals. Ten different Tigers recorded points in the game.