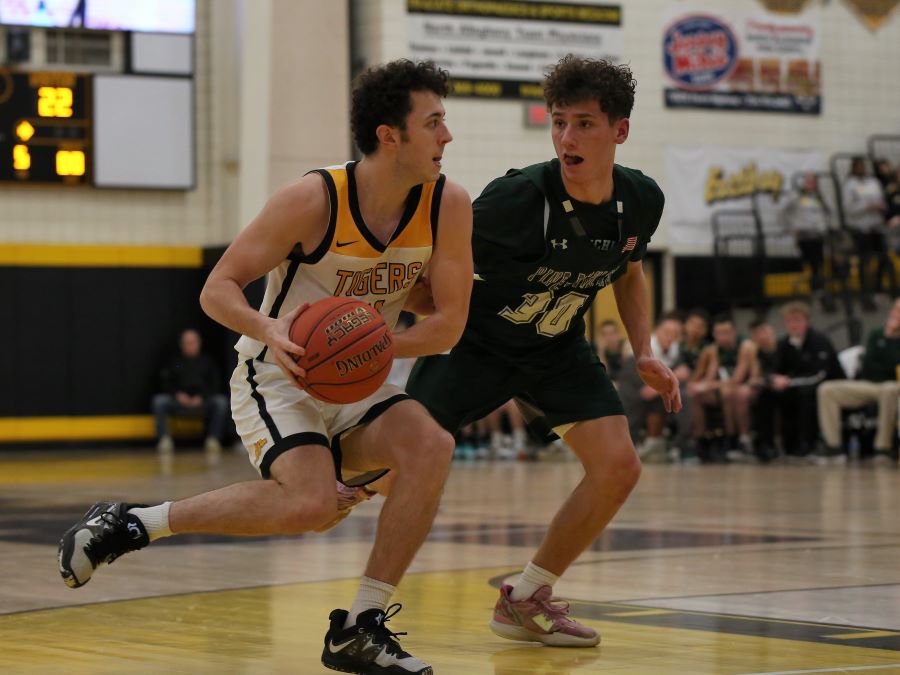 The teams kept the score close in the first quarter with the Tigers only leading by six after eight minutes of play.  Seniors Jack MacMurdo and Varun Kaveti were in the staring lineup and made an immediate impact to keep NA in the lead. MacMurdo was on fire from beyond the arc as he dropped 17 points before halftime. Kaveti’s presence was felt in the paint all night as well with critical rebounding and defensive efforts. MacMurdo was not the only Tiger with strong offense in the game, as juniors Anthony Sciote and Ty Iwanonkiw contributed nine and five points, respectively, before the midgame break. North Allegheny held a 39-21 lead at the half.

The offensive production kept NA comfortably in the lead through the rest of the game as 10 different Tigers cracked the score sheet. MacMurdo earned Wright Automotive Player of the Game honors for his 22-point outburst. Sciote ended the game with 16, Iwanonkiw had 14 and fellow junior Joey Dopirak notched eight points. The Eagles outscored the Tigers 18-17 in the 4th quarter, but it was too little, too late.

With the win, North Allegheny improves to 6-8 on the season and faces Shaler in a non-section matchup on the road Tuesday night at 7:30 p.m.