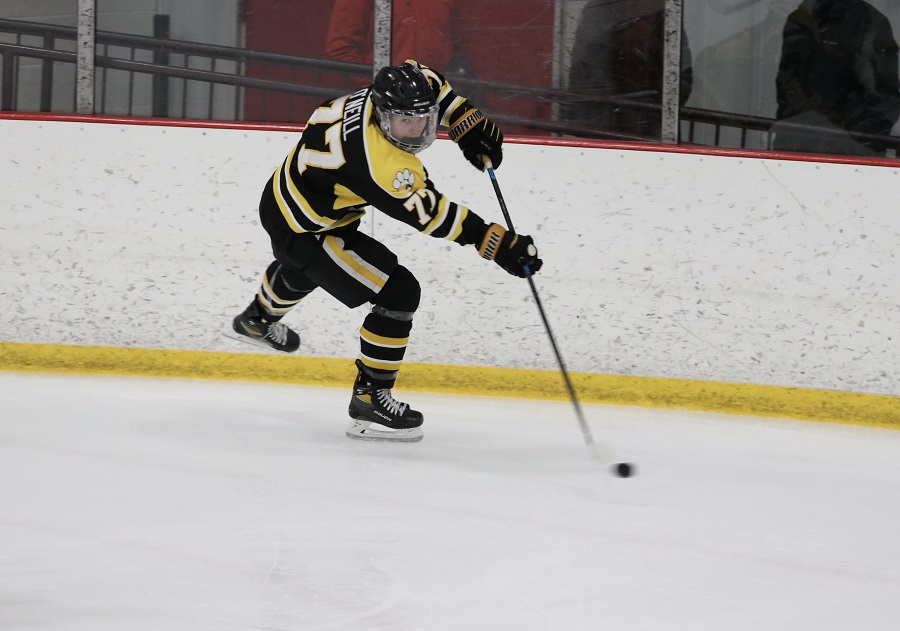 North Allegheny rallied from a 3-1 deficit on Tuesday night to win its seventh game in a row, earning a 4-3 overtime shootout victory over the Central Catholic Vikings. It was the second overtime victory on the season for NA. The win keeps the Tigers in first place atop the PIHL Class AAA standings with 16 points.

It appeared the Tigers were primed and ready for another fast start when Luke Washabaugh scored just 1:11 into the first period for an immediate 1-0 lead. However, a natural hat trick by Central Catholic’s Sam Gaffney put the Vikings ahead, 3-1, by the 4:26 mark of the second period. Two of Gaffney’s goals came on the power play.

Undaunted, North Allegheny started to gain momentum at the 13:56 mark of the second period courtesy of a goal from junior forward Shane O’Neill, trimming the Vikings lead to 3-2. The O’Neill goal was assisted by Matt Irvin and Nate Spak.

The Tigers eventually tied the game with 7:52 remaining in the third period on a goal by junior forward Connor Chi, assisted by Irvin, knotting up the score at 3-3. After a scoreless overtime period, North Allegheny claimed the victory in the OT shootout for a 4-3 final.

North Allegheny improves to 8-1-0 on the season following the win. Central Catholic falls to 2-5-2 overall. The Tigers return to action on Tuesday, Feb. 9 for a road game against Canon-McMillan.