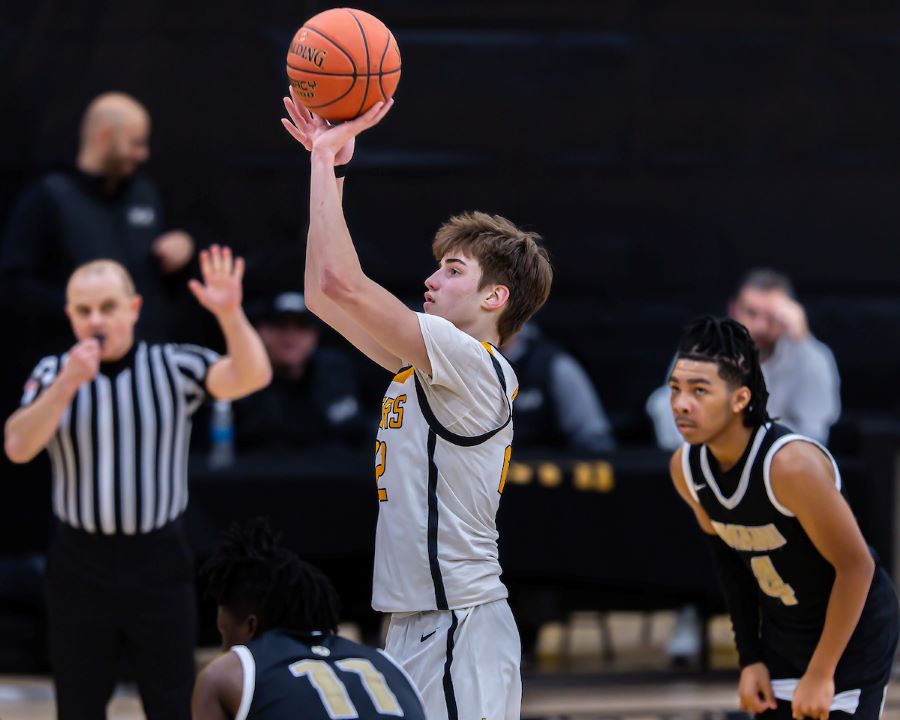 North Allegheny rallied from a 14-point deficit in the second half for a 55-53 win over the Franklin Regional Panthers on Wednesday night at the Wright Automotive Holiday Bash.

Franklin Regional built a 31-23 lead at the half on the strength of an 18-point performance from Max Leven. Cooper Rankin netted 15 points and Cam Rowell totaled 12 points on the night as the Panthers stretched the lead to a 14-point advantage in the third quarter.

In the second half, junior forward Joey Dopirak spearheaded North Allegheny’s comeback, who scored 10 of his team-high 16 points over the final 16 minutes. For his efforts, Dopirak was named the Wright Automotive Player of the Game.

Junior guard Anthony Sciote also contributed to the come-from-behind victory by scoring nine of his 15 points in the second half. Sciote also converted 4-for-4 shots from the free-throw line to help close out a 55-53 triumph. Junior guard Joe Marquis added 12 points, including a trio of 3-pointers.

Following a third consecutive victory, North Allegheny improves to 3-4 on the season. After a 5-0 start to the season, Franklin Regional dropped its third in a row to fall to 5-3 overall. The Tigers will carry their winning streak into the new year for road matchup with New Castle in the Section 1-6A opener on Tuesday, Jan. 3.