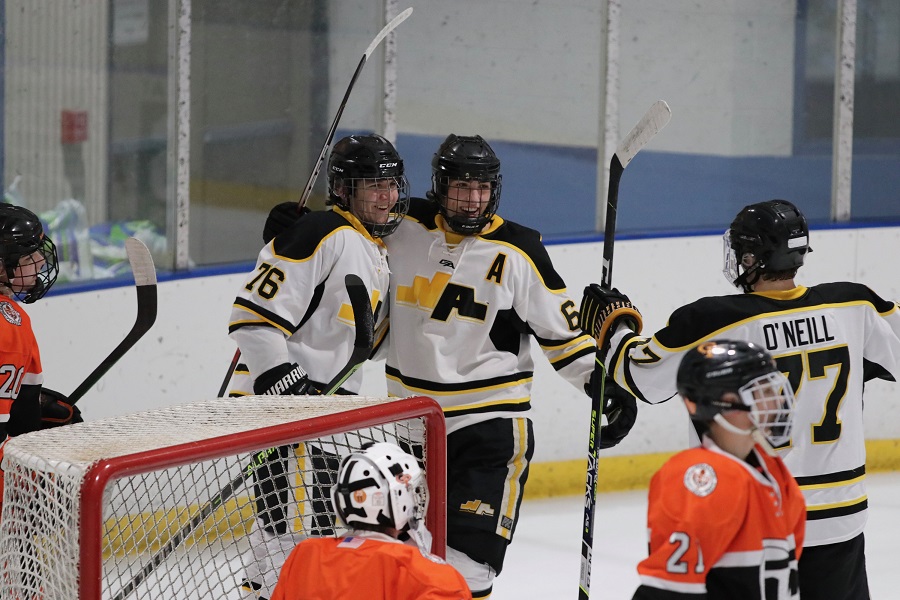 Chi opened the scoring at the 13:34 mark of the first period, assisted by Owen Logan, for a 1-0 lead. Less than a minute later, Chi assisted on a marker by senior Shane O’Neill to grow the NA lead to 2-0.

The Tigers were 2-for-2 on the power play and scored on their first man-advantage at the 4:51 mark of the second period on a goal by junior forward Matt Irvin, to balloon the lead to 3-0. Senior Nolan Collinear and Trey Gallo added goals before the end of second period to bring the score to 5-0, Tigers.

Chi tallied a power play goal in the third period to close out a 6-0 victory. Along with Chi’s four-point night, Irvin finished with three points with one goal and two assists.

In net, junior Rylan Murphy stopped all 21 shots he faced for his first career shutout. Prep’s Devon Dovichow made 42 saves in a losing effort.

North Allegheny remains undefeated on the season with a 5-0-0 record, while Cathedral Prep dips to 1-2-0. The Tigers will visit Peters Township on Tuesday night at Printscape Arena at 9:00 p.m.