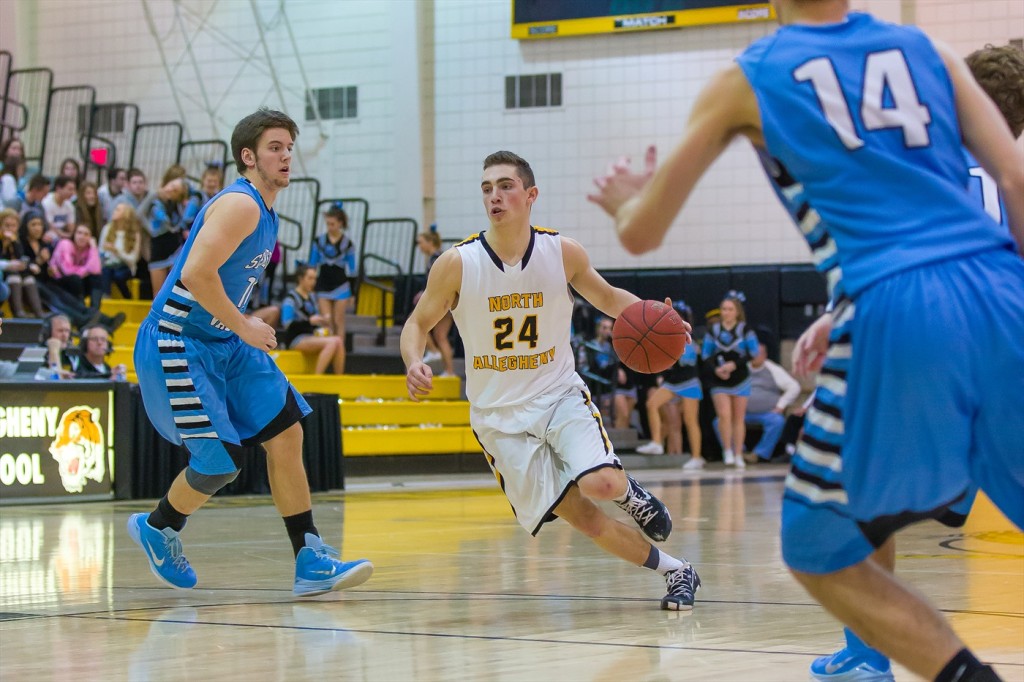 Tigers Sink Seneca To Lock Up Share Of Section Title

Led by their ferocious defense, the North Allegheny Tigers earned an 83-50 road win on Tuesday night over the Seneca Valley Raiders to lock up at least a share of the Section 3-AAAA title.

NA forced 21 turnovers and outrebounded the Raiders, 29-20, en route to the victory. The Tigers trailed 15-13 after one quarter, but took command of the game in the second quarter by outscoring the Raiders, 24-9. Matters only got worse for SV in the second half as the Tigers offensive onslaught continued.

North Allegheny jumps to 18-2 overall and 9-2 in Section 3-AAAA, maintaining a one-game edge over Pine-Richland in the standings. The Tigers will wrap up the section schedule on Saturday night with a home game against rival North Hills. The game will be broadcast live on the North Allegheny Sports Network. Start time is slated for 7:00 pm.