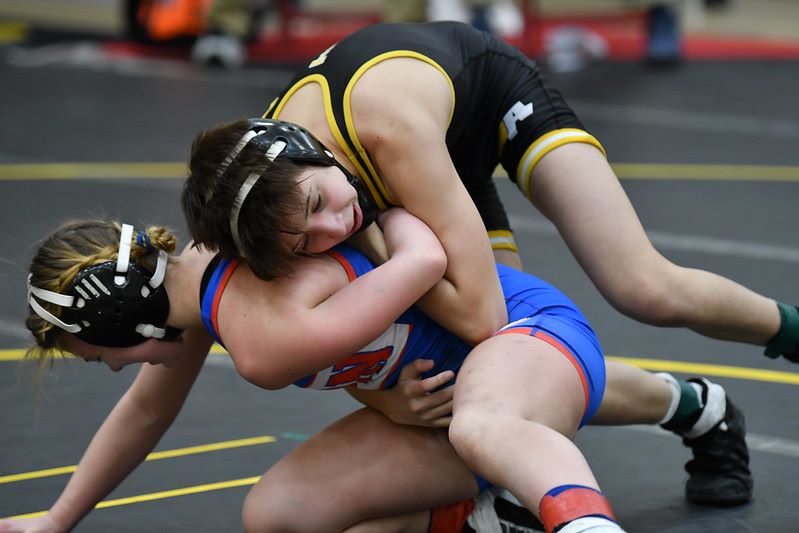 Rohan pinned William Steele of Troy High School in his first bout and followed with a 6-4 sudden victory against Logan Augenbaugh of Curwensville. After a loss in the quarterfinal round, Rohan bounced back with a win by fall over Evan Brokenshire of Benton and continued his winning ways with a 10-0 major decision against Brookeville’s Coyha Brown before dropping a bout in the consolation semifinals. Qualifying for the fifth-place consolation bout, Rohan picked up a 4-3 decision over McDowell’s Caleb Butterfield to earn a tournament medal.

Stedeford’s run through the 107-pound bracket began with a win by fall against Leo Flores of West Chester Rustin and followed with a 3-2 decision over Marion Center’s Griffith Tinsman. Despite a loss in the quarterfinals, Stedeford was undeterred and picked up a 15-0 tech fall triumph over Cade Stern of West Allegheny. Stedeford earned a win by fall over Manny Stoltzfus of Montgomery in 1:50 before falling in the consolation semifinals. To claim the fifth-place medal, Stedeford topped Penn-Trafford’s Dylan Barrett by a 4-2 decision.

For a look at North Allegheny’s results from the Mid-Winter Mayhem Tournament, click here.

North Allegheny returns to section action on Wednesday night with a matchup against the Seneca Valley Raiders. The contest will be broadcast live by the North Allegheny Sports Network.