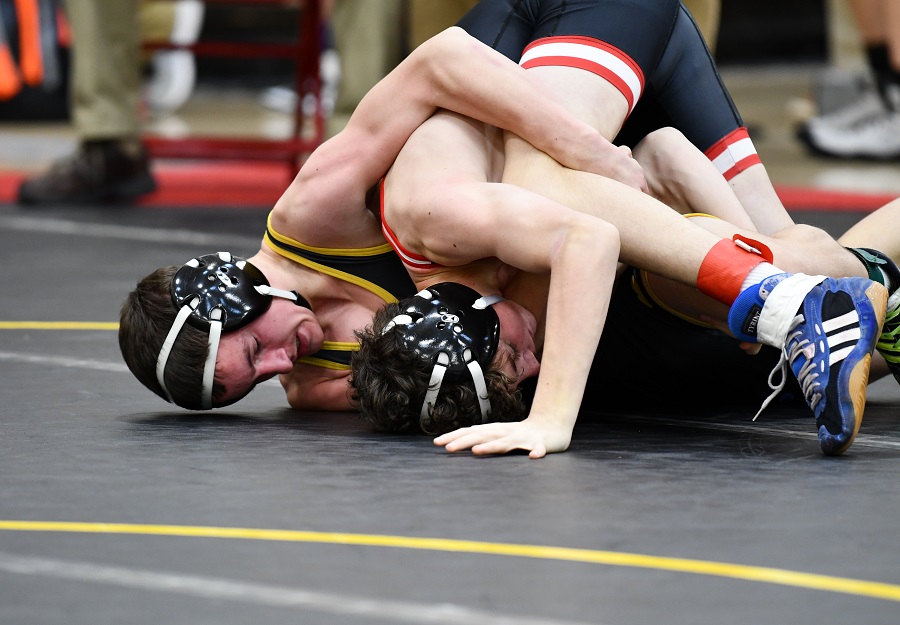 The North Allegheny wrestling team took fifth place over the weekend at the Kiski Area Duals. The Tigers went 2-2 in their pool and defeated Peters Township 48-21 in the fifth-place meet.

Following the win over QV, North Allegheny gave the reigning three-time WPIAL champions and reigning state champ, Waynesburg Central, a tough battle before ultimately falling 39-30. Impressive performances were delivered by Gus Stedeford (107), Bentrim (127) and Cullens (145) with pinfall victories. The Tigers held a 30-9 lead before the Raiders came storming back to win the final six bouts.

With a 2-2 performance in pool action, North Allegheny earned the right to face Peters Township in the fifth-place consolation match. The Tigers jumped out to an 18-0 lead on early pin falls by Walker (114), Griffen Reid (121) and Bentrim (127) and never looked back enroute to the victory over the Indians. Other Tigers with wins by fall included Monteparte (139), Kellen Buggey (160) and Stedeford (107).