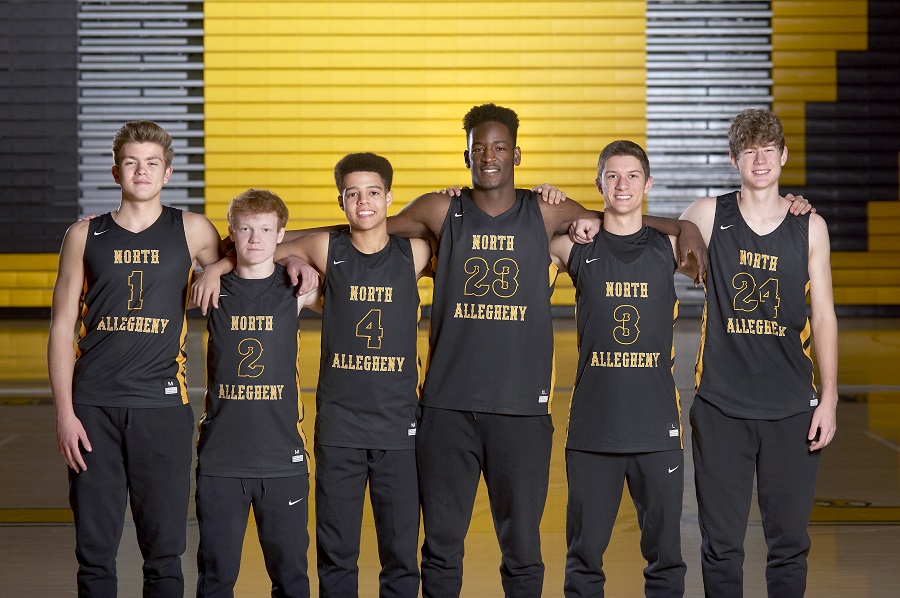 It was the night cap of the Hoops for a Cure along with senior night for North Allegheny and they did not disappoint rolling over Hampton 75-54 Saturday night at the North Allegheny Gymnasium.

Things started off great for North Allegheny as they jumped out to a 19-9 lead after a quarter of play. Hampton would settle in, slow the pace down and shoot 80% from the field in the second quarter but North Allegheny still led 31-22 at the half.

The Tigers would put up 23 points in the third quarter which really created some separation between them and the Talbots heading into the fourth quarter. North Allegheny would roll through the fourth quarter and came out with the 75-54 victory.

Senior Khalil Dinkins was named the Wright Automotive Player of the Game with 19 points and six rebounds. Junior Matt McDonough who came off the bench for this game added 18 points while fellow senior Greg Habib had 12 points.

North Allegheny improves to 10-2 overall. Hampton falls to 2-9. The Tigers will be back in action Tuesday as they take on the Butler Golden Tornado with JV starting at 6 p.m. and varsity following after. Both games will be live-streamed on the North Allegheny Sports Network.