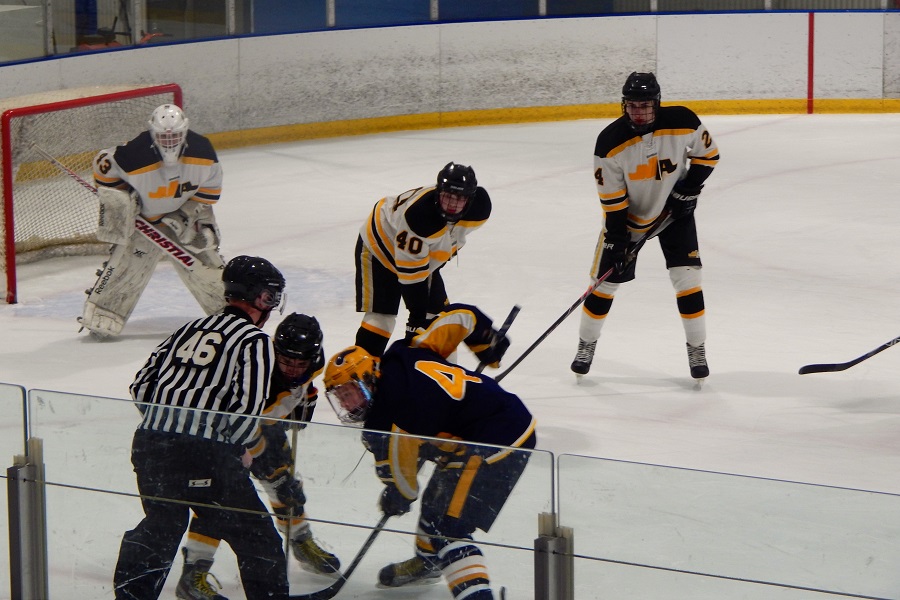 The North Allegheny ice hockey team locked up the top-seed in the upcoming PIHL Class AAA playoffs with a 3-3 tie against the Central Catholic Vikings on Thursday night. The Tigers trailed 3-0 in the first period before staging a second-period rally to even the score.

Matthew Heil struck first for the Tigers with a goal eight minutes into the second period to cut the score to 3-1, Vikings. Nathan Taylor followed with a power play goal less than two minutes later and Dawson Richard tied the game at 3-3 with just 27 seconds remaining in the period.

The game stayed deadlocked throughout the third period and overtime thanks to the play of NA goalie Doug Wild and Central Catholic net minder Nathanial Cava. Joe Hubert started the game for the Tigers but made way for Wild who stopped all 16 shots he faced. Cava was peppered by the NA attack with 42 shots but was up to the challenge by making 39 saves.

North Allegheny sits at atop the Class AAA standings with a 13-4-2 record and remain unbeaten in its last nine games. Central Catholic is in a three-way tie for second place with an 11-5-3 mark. The Tigers will wrap up the regular season on Thursday night with a visit to Erie Cathedral Prep. Start time is set for 8:30 pm.