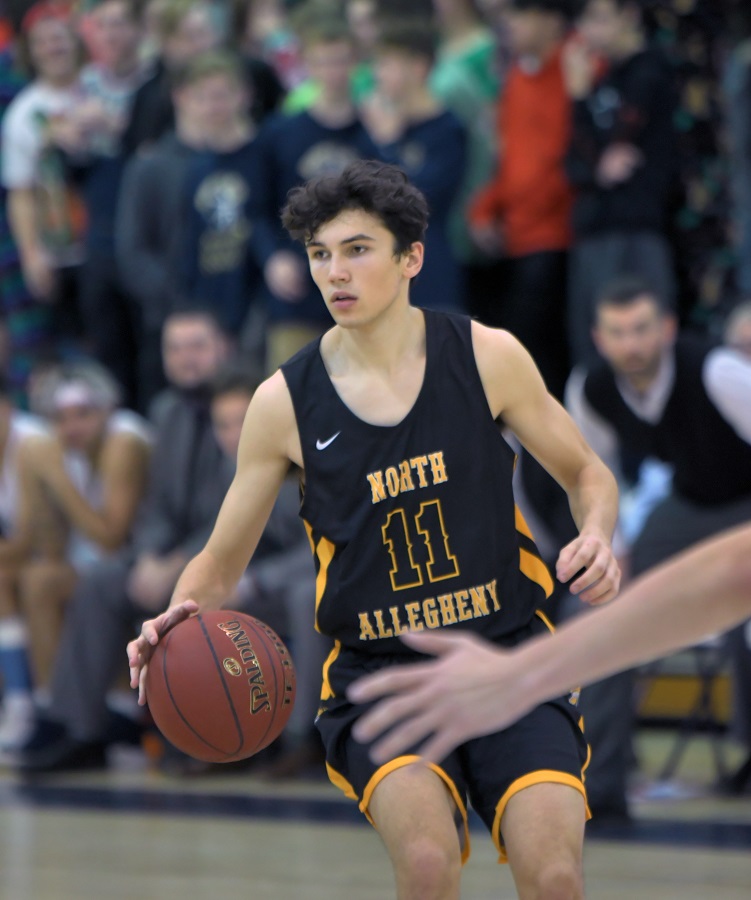 The North Allegheny boys’ basketball team captured its first section win of the season with a 71-56 triumph at Pittsburgh Central Catholic on Tuesday night. A close game through three quarters, the Tigers took command of the contest in the fourth quarter by outscoring the host Vikings, 19-8. North Allegheny shot 63-percent from the field in the second half and 54-percent on the night.

Ermias hit a 3-pointer to end the first quarter and Altmeyer connected on a 3-pointer at the buzzer to tie the game at halftime, 31-31. Overall, the Tigers poured in 8 of 13 attempts from beyond the arc.

Central Catholic was paced by Jack Catanzarite with 18 points.