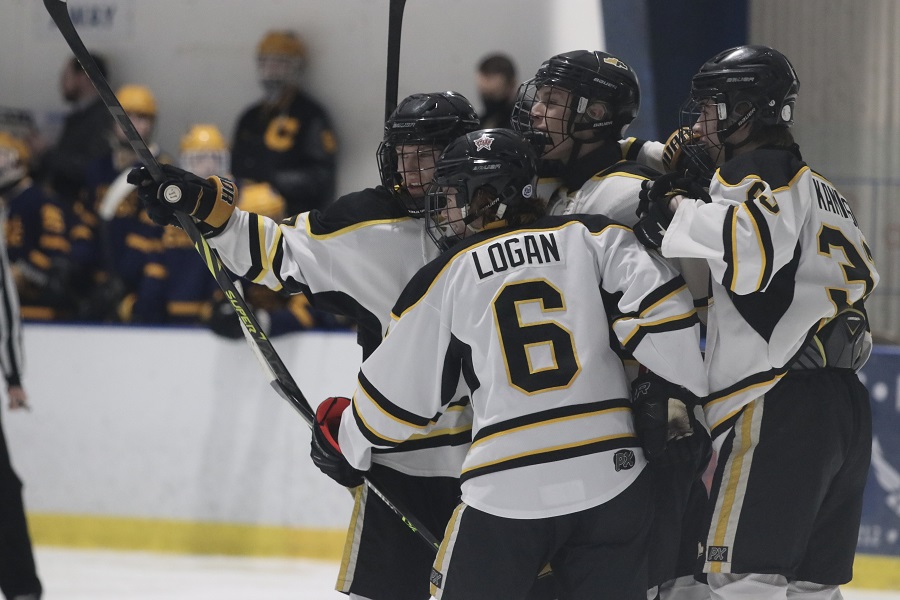 The North Allegheny ice hockey team wrapped up the regular season with a 4-3 victory over Central Catholic on Thursday night at the Baierl Ice Complex. The Tigers head to the postseason on a four-game winning streak and as the No. 1 seed in the Class AAA playoffs.

After a scoreless first period, the Tigers and Vikings traded goals in the second period to a 2-2 deadlock. NA struck first at the 2:25 mark on a goal by Lorenzo Colaizzi for a 1-0 lead. Central Catholic evened the score at 1-1 when Sam Gaffney scored on the power play at the 11:05 mark of the period. Just 16 seconds later, the Tigers grabbed the lead back on a tally by Connor Chi for a 2-1 lead. With 3:30 remaining in the period, the Vikings again knotted the score at 2-2 on a goal by Dante Scalise.

In third period, North Allegheny regained the lead just 1:34 into the stanza on a marker by Patrick Buttignol for a 3-2 advantage. The Tigers gained an important two-goal lead at the 11:54 mark of the third courtesy of a goal by Matt Irvin bringing the score to 4-2, NA. Irvin’s goal proved to be the game-winner as Central Catholic closed the gap at 4-3 when George Acklin scored with just 1:04 remaining in the game. The Tigers staved off the Vikings in the final minute of the game to claim the one-goal victory.

Goalie Andrew Long got the start in net and made 15 saves to earn the victory. Central Catholic’s Jake Dold made 20 saves in a losing effort.

North Allegheny improves to 17-2-1 on the season, while Central Catholic falls to 9-10-0 with one more game remaining for the Vikings. The Tigers will look to return to the Penguins Cup Finals in March when the PIAA Class AAA playoffs begin.