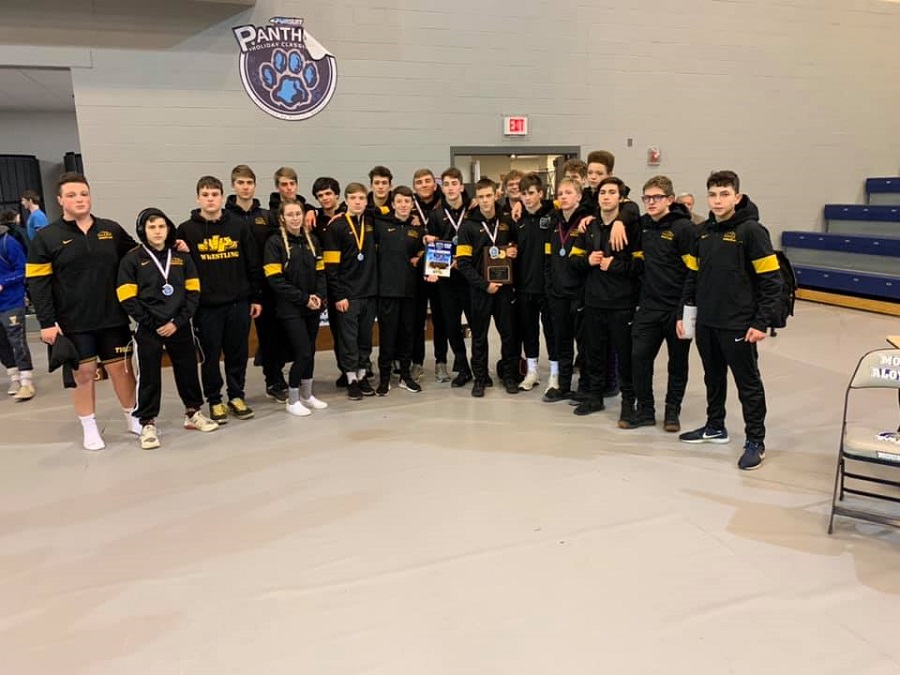 Competing in their first tournament of the season, the North Allegheny Tigers won the Panther Holiday Classic at Mount Aloysius College this weekend. The Tigers claimed first place with a team score of 232.5 points, well ahead of second-place Glendale’s 181 points.

Earning silver medals at the tournament were Max Stedeford (138) and Ben Grafton (285), reaching the title bout in their respective weight classes.

For detailed results of all medal bouts, click here.

Following NA’s championship at the Panther Holiday Classic, the Tigers will host North Hills on Wednesday night at 7:00 p.m. The section match will be broadcast live via the internet by the North Allegheny Sports Network.