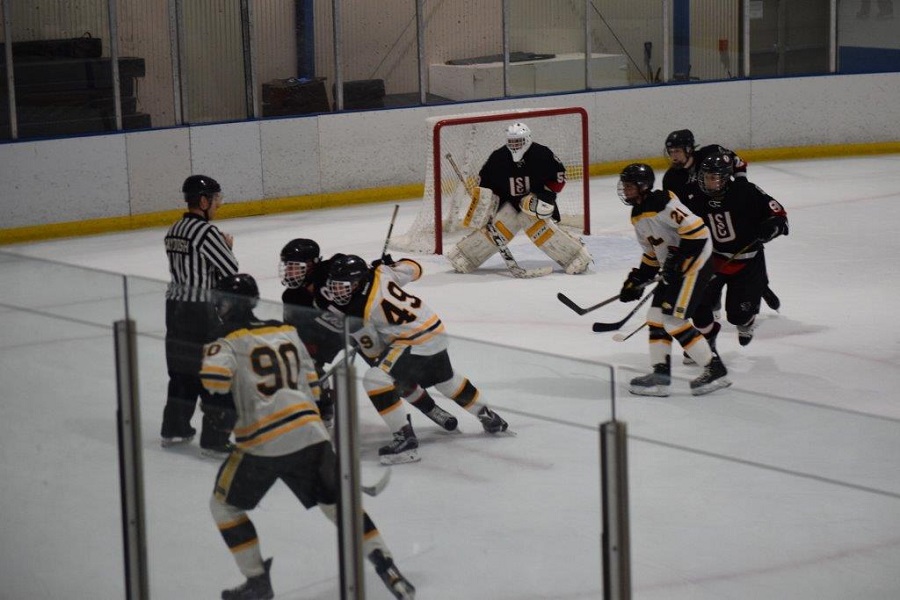 North Allegheny got off to a quick start in the game with a goal from Hayden Shimko just 2:40 into the contest for a 1-0 lead. However, Upper St. Clair scored five of the next six goals, including a hat trick by Jacob Bacik, to take a 5-2 lead by late in the second period. North Allegheny’s Dawson Richard netted back-to-back goals in the second period to pull the Tigers to within 5-4, but Upper St. Clair’s Quinn Giacobbe gave the momentum back to the Panthers with a goal just 26 seconds into the third period to solidify a 6-4 victory.

The loss, North Allegheny’s first on the season, drops the Tigers record to 2-1-1 on the campaign. Upper St. Clair captured its first win to improve to 1-2-0. The NA ice hockey team is back in action on Wednesday, November 2 at Armstrong.