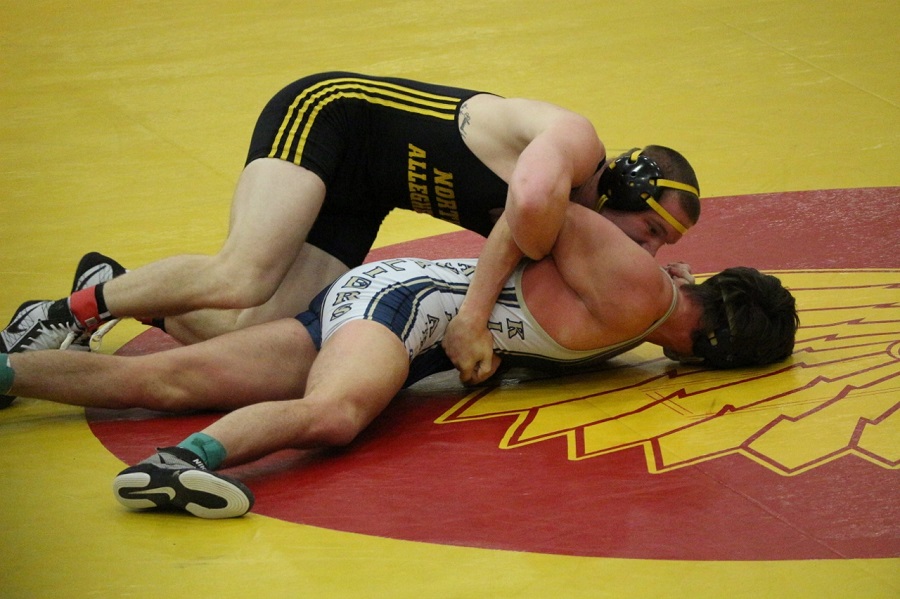 Smith defeated Kiski’s Chad Kuhn by a 9-0 major decision in the semifinals before narrowly falling to Norwin’s Drew Phipps in the championship bout, 5-3. Hinkson rolled off three straight victories on Saturday in the consolation bracket to reach the third place bout against John Ridgeway of Norwin.  Ridgeway managed a 6-2 decision in the third place bout, but Hinkson still qualifies for the PIAA tournament.

North Allegheny’s Zach Stedeford (113), Sean Kalmeyer (145), Sean Hoover (152) and Jake Woodley (170) also competed on Saturday but had their trips in the consolation bracket cut short.  All North Allegheny results are listed below.  For a look at the entire Class AAA bracket, click here.